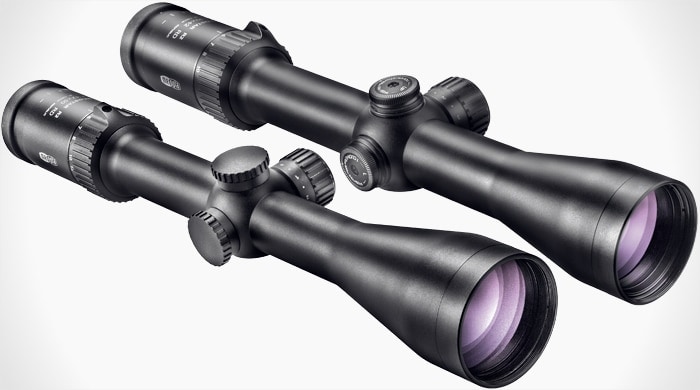 Meopta, a highly-regarded maker of optics for sport and duty, is expanding the premium MeoStar R2 series with two flexible new riflescopes. With 2-12x and 1.7-10x magnification ranges, these scopes can be used at ranges from long to point-blank.

Offered with uncomplicated reticles, at low power these scopes can be uses with both eyes open for fast target acquisition but are still capable of high magnification for precision and long-range shooting, making these ideal for a wide variety of shooters from hunters around the world to run-and-gun competition shooters and even the more tactically-minded.

Two different reticles are available for the scopes, a European-style reticle with an illuminated red dot, reticle 4C, or an illuminated red cross, reticle 4K, at the center. They are both second focal plane reticles to provide the shooter with a big, bright red dot or cross even at low magnification levels.

“We have had incredibly positive feedback on the MeoStar R2 1-6×24 RD, which was introduced in late 2013, and these new MeoStar R2 scopes will meet the needs of even more hunters who want the highest optical quality at good price points,” said Reinhard Seipp, Meopta USA chief operating officer in a press release.

These MeoStar scopes sport features that Meopta knows will make them stand out, starting with the MeoLux multi-coated lens treatment that they rate at 99.8 percent light transmission, allowing shooters to stay out in the field longer even as the light recedes. Both have relatively large objective lenses at 42mm for the 1.7-10x and 50mm for the 2-12x.

The lenses are also coated with their MeoDrop hydrophobic finish that causes water and oils to bead on the surface and roll off, staying clear even in wet conditions, and their MeoShield coating for scratch resistance.

The click-adjustable turrets are designed to provide tactile and audible feedback for positive adjustments in the field. The turrets are knurled for use with gloves and can be easily reset for a repeatable zero. The scopes adjust in 1/4-MOA clicks.

Both scopes are middleweights, in-line with other illuminated scopes of similar power. The 1.7-10x weighs 20 ounces and the 2-12x weighs 21 ounces. They are powered by CR2354 batteries and have the same 3.7 to 3.9-inch eye relief. And like all Meopta scopes, they’re waterproof, fogproof and shockproof.

Given that these scopes offer shooters a wide range of magnification starting at such a low power it’s safe to assume that these aren’t budget optics. Still, with suggested retail prices at $1,666 and $1,723 for the 1.7-10x and 2-12x, respectively, they are competitively-priced.

This new crop of low-power-to-high-power scopes doesn’t come cheap and these are still $1,000 less than some of the other options out there, putting them in line with premium hunting and tactical scopes that bottom out at 3.5 or 4x. And to be sure, real-world prices are always less.