Escaped inmate meets his match in the yard of a Marine, former cop (VIDEO) 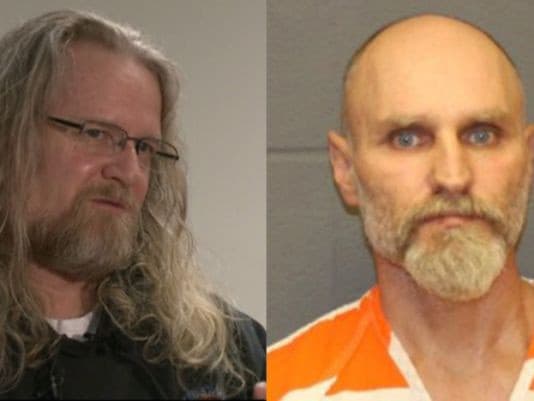 A man who escaped from a Shoshone County, Idaho, jail last week is back in custody after he came in contact with an armed homeowner, who happened to be a Marine and former law enforcement officer.

Brian Becker heard his dog barking outside his Wallace at home about 5:40 p.m. Thursday, local media reported. Becker grabbed a gun and a flashlight, then went to see what was causing the commotion. Becker found a man on his property, who he immediately recognized as Roy Bieluch, an escapee from a nearby detention facility two days prior.

Bieluch had made his escape while on work duty by climbing through the facility’s duct work and into a cleaning closet. From there, he entered the lobby, walked right by a visibly terrified cleaning lady and out of the front door. Authorities searched extensively for Bieluch for two days, but came up empty handed.

But when Becker found the escaped inmate on his property, he wasn’t about to let him get away, and Bieluch was unaware that he would be no match for the Marine and former law enforcement officer.

Becker demanded Bieluch to put up his hands.

But Bieluch didn’t comply and when he took a step towards Becker, he pulled the trigger, shooting Bieluch once in the leg.

“He went down immediately,” Becker said.

With his gun still trained on Bieluch, Becker called 911, and once the responding officer arrived, Becker continued to offer his assistance since the deputy initially answered the call alone.

Bieluch was taken to a local hospital where he remains in police custody and will return to the jail once he has recovered from his injuries.

Becker said he’s just glad that Bieluch picked his yard instead of someone else’s who might have been more scared or not as prepared to handle the situation like he was.

“You don’t get to pick where violence happens,” Becker said. “It happens all over the place. The only thing you can do is be ready if it does.”