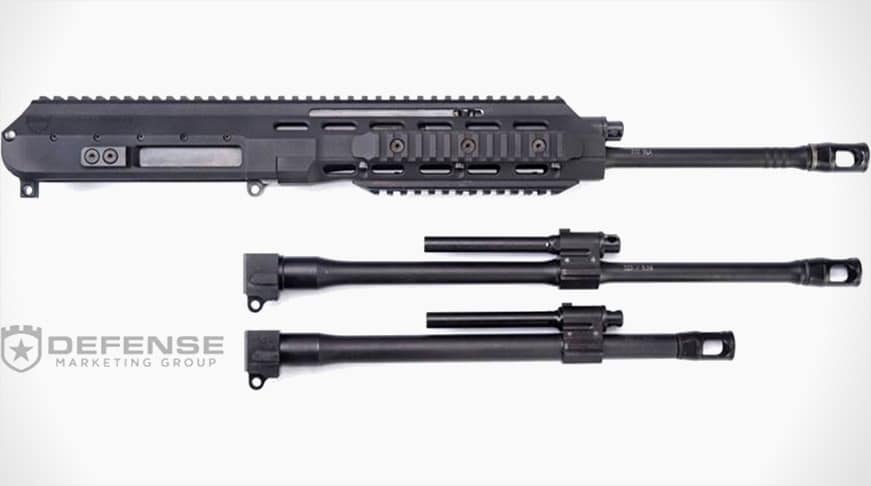 Faxon Firearms, maker of hybrid long-stroke piston-driven AR-compatible, AK-inspired upper receivers, is going back to the source for their next wave of ARAK-21 uppers, now chambered for 7.62x39mm.

The ARAK-21 is a modular upper with a quick-change barrel system that can be used with different cartridges and barrel lengths. It uses AR-15 lower receivers but has a railed bolt carrier and recoil system that’s based on the AK-47 design.

Faxon knows that simply boring a 5.56 NATO rifle out to 7.62x39mm dimensions isn’t ideal or even safe and in the past has led to cracked bolts and sheared bolt and barrel lugs. The 7.62x39mm parts in Faxon uppers are specifically designed for the cartridges larger dimensions. 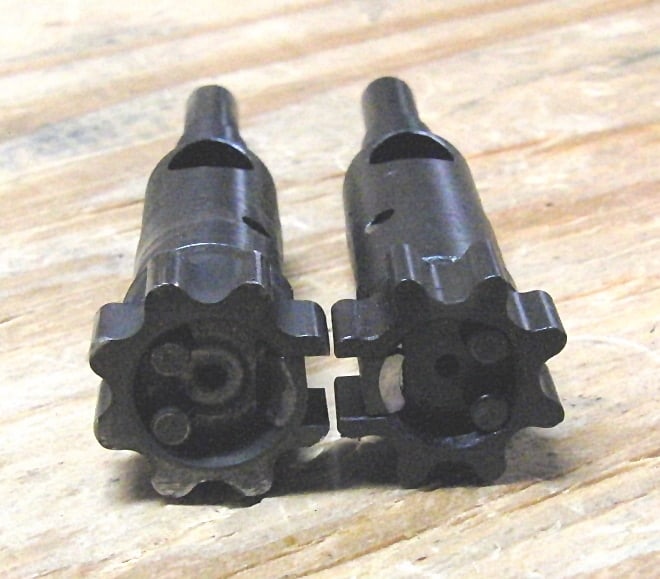 Not only are the lugs broader, the firing pin has been enlarged for hard military primers common with inexpensive 7.62x39mm ammo. (Photo: Faxon)

The new 7.62x39mm uppers have updated, oversized bolts with an enlarged trunnion opening to match that’s tailor-fit to the broad shoulders of the .30-caliber cartridge. The revisions also include larger and deeper feedramps to accommodate the bigger bullets.

For existing ARAK owners Faxon will be selling bolts and barrel kits for people who want to convert their 5.56 or 300 AAC Blackout rifles to 7.62x39mm.

On top of that they’re rolling out a new receiver design with dual ejection ports, on both sides of the receiver, with a reversible ejector that can be set to throw spent shells to one side or the other.

Combined with Faxon’s movable charging handles, these uppers are fully-reversible, not just lefty-friendly. Say goodbye to hot brass flying across your field of vision with every shot.

Faxon is eager to get these updated reversible uppers into consumer hands and is giving people who have orders for left-handed uppers the option of a free upgrade to a dual-ejection model if they don’t mind waiting.

The ambidextrous receiver will replace their dedicated left-handed upper and you don’t have to be a southpaw to appreciate the dual-port design. The extra opening is a handy window that lets you see into the action without having to re-position the rifle. This facilitates quick press-checks and makes identifying and clearing malfunctions that much faster and easier. 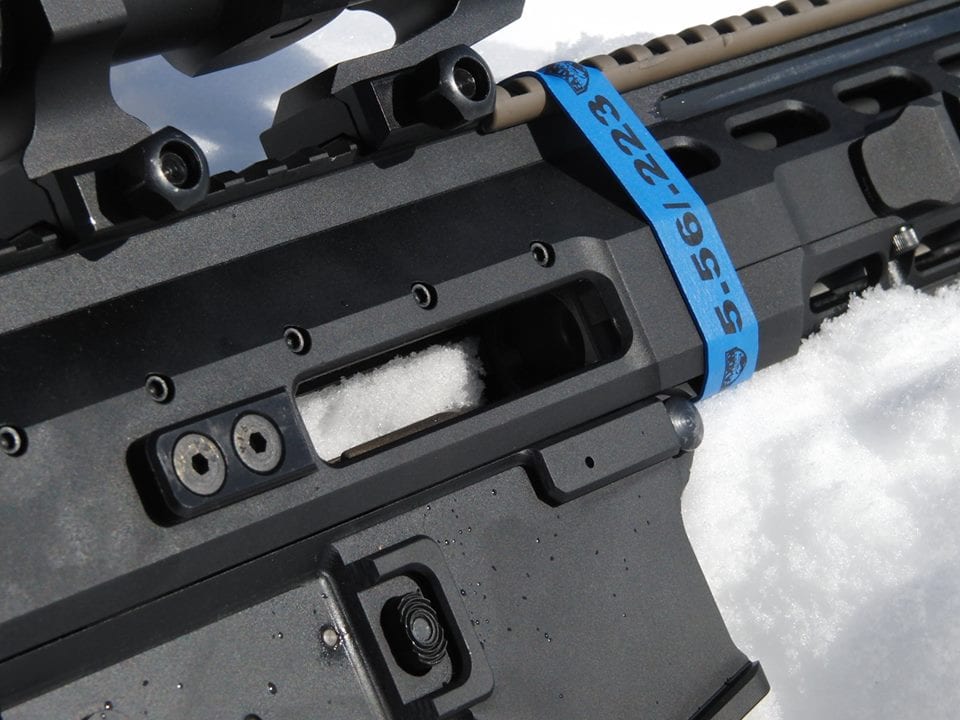 Optional ejection port covers will be available in about six weeks. (Photo: Faxon)

Of course, having more openings into the rifle has trade-offs, and for that reason Faxon will be offering optional ejection port covers as well.

Blocking off the unused ejection port is more than welcome for anyone who likes to run their rifles suppressed. Even though the ARAK design sports an adjustable gas block, the option of sealing off the ejection port right in front of your face when running suppressed is a good thing.

Dual-ejection receivers are expected to be available by the end of March and optional ejector covers by mid-April. Barreled 7.62x39mm upper assemblies are available now, as well as caliber conversion kits including the beefed-up bolts.

With the addition of a third caliber Faxon now offers three-barrel kits for shooters who want to quickly switch between 5.56, 300 BLK and 7.62x39mm. Uppers start at $1,199 and top out at $1,719 for the three-barrel kit. Conversion kits including the bolt and barrel run $499.

Faxon’s ARAK uppers carry a set of features that’s legitimately unique in both the AR and AK worlds. They’re completely modern, accurate and reliable. If you’re looking for something a little different and new, be sure to check out Faxon Firearms.