Three break into home, homeowner shoots one in the head (VIDEO) 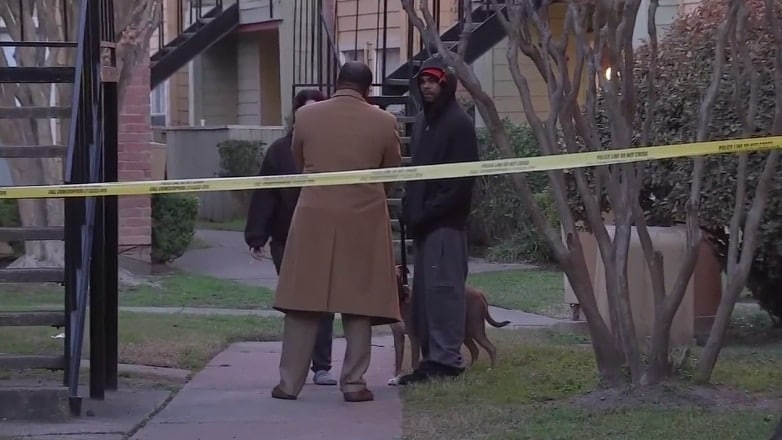 Residents of the apartment complex said it’s not a safe area anymore and they’re glad the man stood up for himself. (Photo: ABC 13)

A resident at a Houston apartment complex fought back and shot an intruder in the head early Thursday morning when three suspects broke into his home.

The resident, whose name has not been released, placed a call to 911 around 3:30 a.m. after shooting the suspect. According to authorities, the suspects attempted to gain entry through both a second-story window and the front door of the apartment. Once the intruders had kicked in the door, there was a verbal altercation between the suspects and the resident, but the resident eventually pulled out a gun and fired several shots, KHOU reported.

One suspect, who has not been publicly identified, was shot in the head, but the remaining two suspects fled from the scene as soon as shots were fired. The injured suspect was taken to the hospital where he underwent surgery and was last reported to be in critical condition. The remaining suspects are still at large and were believed to have left the scene in a dark-colored Chevrolet or GMC Suburban, Officer Ken Nealy of the Houston Police Department told local media.

Authorities questioned the resident, but he was not taken into custody and no charges were filed. Investigators also confirmed that two guns were found inside the apartment, but did not reveal who was believed to own them.

Residents in the apartment complex said that crime has been a consistent problem, and some say they believe the resident’s actions were justified.

“This man’s asleep in his own house, and then someone intrudes on his privacy. Yes, I would have done the same thing,” said one neighbor, who did not wish to be identified.

Paul Ramirez, who lives in the apartment complex, heard the commotion followed by gunshots. Ramirez said he doesn’t understand the motivation behind the suspects’ actions and believes they should just get a job and start working instead of robbing people.