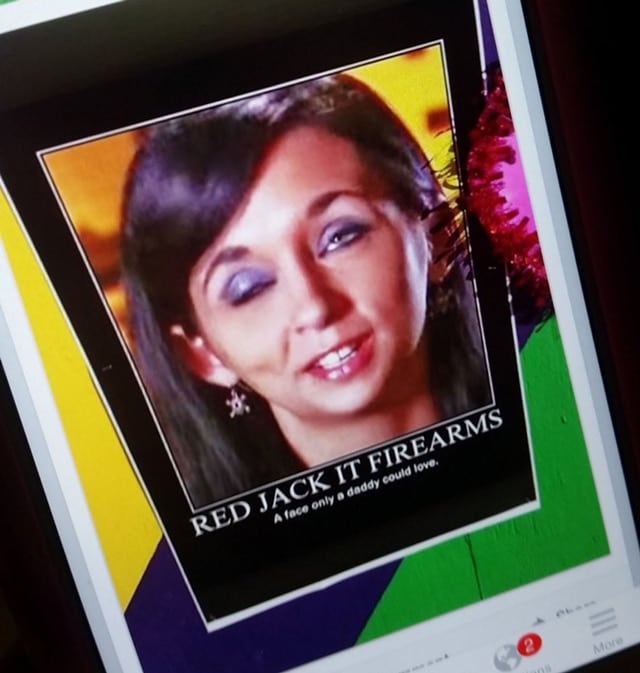 A Mardi Gras float has several officers from the Baton Rouge Police Department at the center of an investigation. The float had a “Sons of Guns” Will Hayden theme, complete with a rather unbecoming picture of his daughter and co-star, Stephanie, with the caption, “A face only a daddy could love.”

Hayden was arrested in August following allegations that he sexual abused his daughter.

Spokesman for the BRPD, Cpl. Don Coppola, named three officers – Donald Young, John Byron Fontenot and Douglas Atkins – believed to be involved in the float fiasco, but Chief Carl Dabadie said the officers were not on duty at the time and therefore not representing the department.

Nonetheless, Dabadie said in a statement, “The theme of this float in no way represents the belief or attitude of the Baton Rouge Police Department. The struggle a sexual assault victim endures is a very serious matter and is not something that should be taken lightly or used in a satirical manner.”