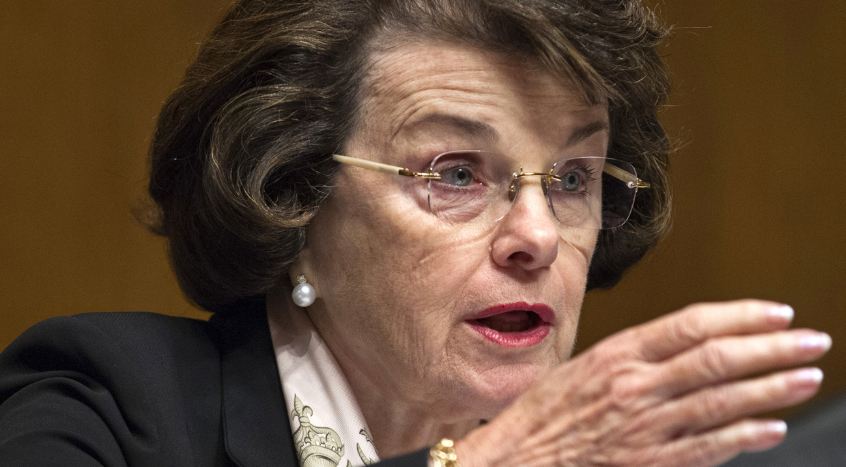 California Sen. Dianne Feinstein along with a virtual “who’s who” of anti-gun lawmakers are proposing to give the DOJ increased powers to deny gun transfers based on classified terror watch lists. (Photo: AP)

A number of lawmakers known for anti-gun legislation led by California Democratic Senators Dianne Feinstein and Barbara Boxer are backing a measure to prevent those on government watch lists from buying guns and explosives.

The proposal would allow the Department of Justice to deny firearms background checks for those who appear on consolidated terrorist watch lists to include the no-fly list.

“Under current law, known or suspected terrorists on terrorist watch lists are prohibited from boarding airplanes, but they are legally allowed to buy firearms and explosives anywhere in the United States. That makes no sense,” said Feinstein in a statement obtained by Guns.com

“The Kouachi brothers, responsible for the attacks in Paris, were on U.S. terrorist watch lists, including the no-fly list. However, if the brothers had instead been in the United States, they would have been able to legally purchase weapons,” advised Feinstein. “Sadly, this situation isn’t rare. Individuals on the consolidated terrorist watch list who sought to purchase a weapon in 2013 and 2014 cleared the background check in 455 out of 486 attempts. We need to close this dangerous loophole and keep weapons out of the hands of terrorists.”

The Denying Firearms and Explosives to Dangerous Terrorists Act of 2015, to be introduced in coming days, would give the Attorney General the power to deny transfer of a firearm as long as he has “reasonable belief” that it could be used in terrorism to include both international and domestic varieties. Further, the Department of Justice would be allowed the ability to withhold information pertaining to the denial if releasing the data would compromise national security interests.

However, there would be an appeals process for those denied to challenge the denial.

Similar legislation has been broached in Congress in 2007 by the DOJ of President George W. Bush and again in 2009 by Attorney General Eric Holder as part of the administration of President Obama.

In a release accompanying the proposed measure, Feinstein’s office quoted data from the General Services Administration that in the decade between February 2004 and December 2014, individuals on terrorist watch lists cleared a federal background check in 91 percent of attempted transactions.

King made headlines in 2010 when he sought to have the online First Amendment group WikiLeaks designated as a terrorist organization.