Homeowner kills intruder while waiting for police to arrive (VIDEO) 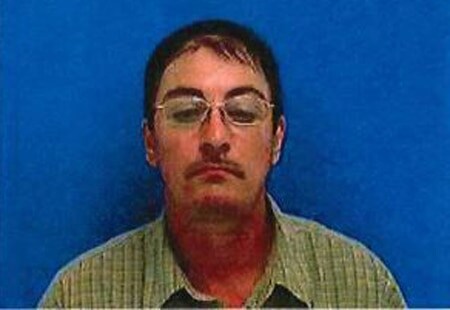 Vernon Dixon had a criminal record dating back 30 years and was on probation at the time of the shooting. (Photo: Hickory Record)

A home invasion in Claremont, North Carolina, Monday morning turned deadly for one suspect who was shot in the chest after the homeowner had already placed a call to 911.

Around 9:30 a.m., the homeowner, who was home alone, heard a commotion outside the basement of his home, so he called the police to report what he thought was a break-in, local media reported. However, before authorities could arrive, two suspects kicked in the basement door and made their way into the house.

But once inside the home, the suspects came face to face with the homeowner, who was armed with a 12-gauge shotgun. The homeowner fired a single shot, striking one of the suspects in the chest, as the second suspect immediately fled from the scene in a dark blue minivan.

The injured suspect, later identified as 47-year-old Vernon Bobby Dixon, died as a result of the gunshot wound while he was on the way to the hospital. The second suspect is still at large, but if apprehended will likely face a murder charge since Dixon died while the two were involved in the commission of a crime.

Catawba County Sheriff Coy Reid said the initial investigation indicates that the shooting was a case of self-defense.

“You do have a right to protect your property when somebody breaks in on you,” Reid said. “You don’t know whether these people are coming in to steal your property or to cause harm to you and your family.”

Reid also added that he believes criminals are better off trying to break into the homes of drug dealers, rather than the homes of law-abiding, armed homeowners.

Lou Fox, the mother of the homeowner, whose name has not been released, said her son’s home had previously been broken into the same way, although authorities did not say whether they believed Dixon was responsible that break in as well.

Fox said the family is torn up over the incident.