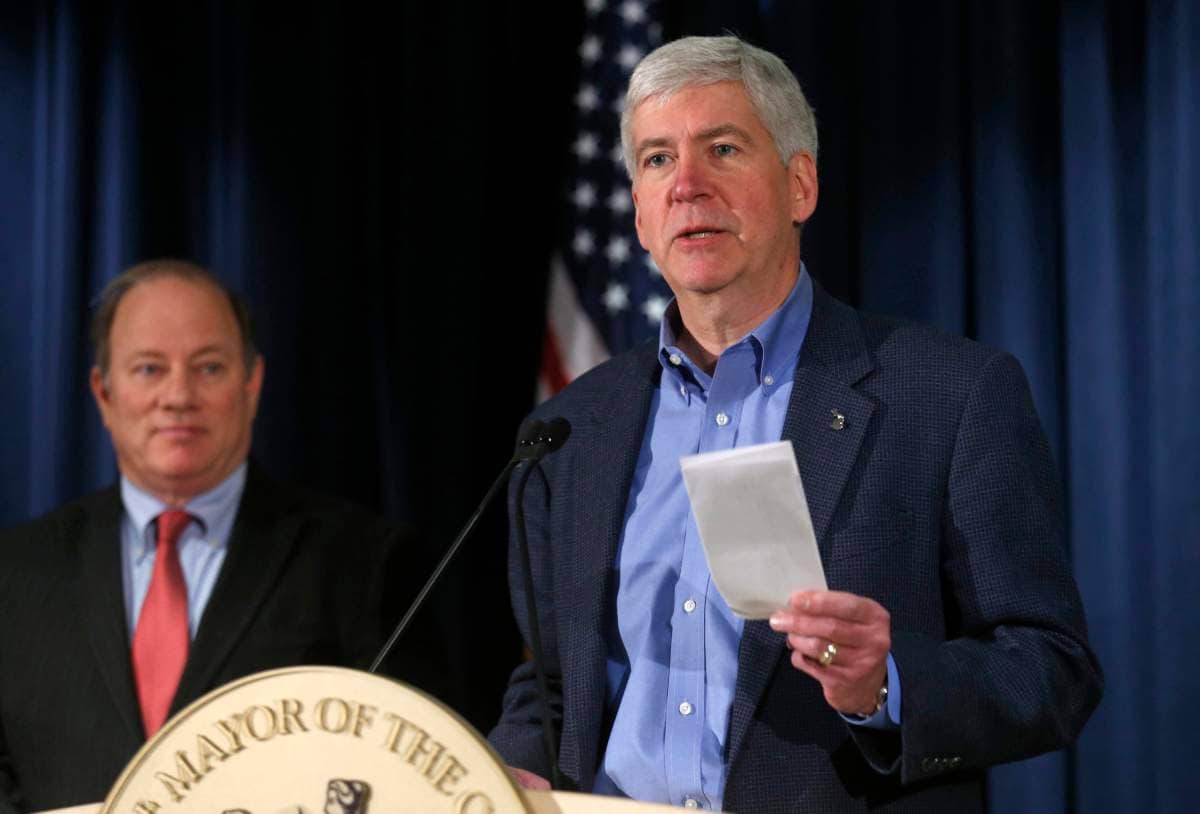 The fate of Michigan’s county gun boards is in the hands of Gov. Rick Snyder, again. (Photo: Time)

For the third time in four years, Michigan lawmakers are sending a measure to Gov. Rick Snyder (R) that would do away with the state’s unique system of concealed carry licensing.

Snyder vetoed a 2012 measure just two hours after it reached his desk because it would have allowed some concealed carriers to bring their firearms into some gun free zones. Legislation without the gun free zone language made its way through the Michigan legislature last year only to be rejected by the Governor over concerns voiced by gun control groups over domestic violence issues in January.

Now, with lawmakers sending nearly identical measures sans the domestic language through both chambers in less than six weeks, Snyder will have a third chance to decide the fate of Michigan’s county gun boards.

“All this does is change the process form the local governments to the state police,” said Kesto, R-Commerce Township. “Why? Because they have the capability to be able to have consistency throughout the whole state instead of every county doing something different.”

Senate Bills 34 and 35, presented to the governor in tandem, would mandate an end to the review board process across the state. In lieu of these regulatory bodies, county clerks would issue concealed carry permits within 45 days as long as the applicant meets all requirements and passes a background check from the state police. This shall-issue practice would be a reversal of the arbitrary “may issue” powers long granted to the boards but seldom exercised.

The legislation made it through the state legislature in near-record time with House Republicans fending off a last minute attempt by those across the aisle to tack on an amendment that would have expanded background checks.

House Dems opposed final passage of the proposal, citing the county boards are, in the end, needed.

“It’s a mistake to give away this opportunity for some local checks and balances,” said Rep. Jeff Irwin, D-Ann Arbor.

Gun rights groups praised the reform acts, citing that they would bring standardization to the concealed carry application process by replacing 83 county boards with a single procedure.

“These two bills are replicas of last session’s Senate Bills 789 and 790, which passed the legislature with bipartisan support but unfortunately fell victim to misinformation spread by out-of-state gun control organizations resulting in a veto by Governor Snyder,” read a statement released Wednesday by the National Rifle Association’s Institute for Legislative Action.

The legislation is now headed to Gov. Snyder for review.