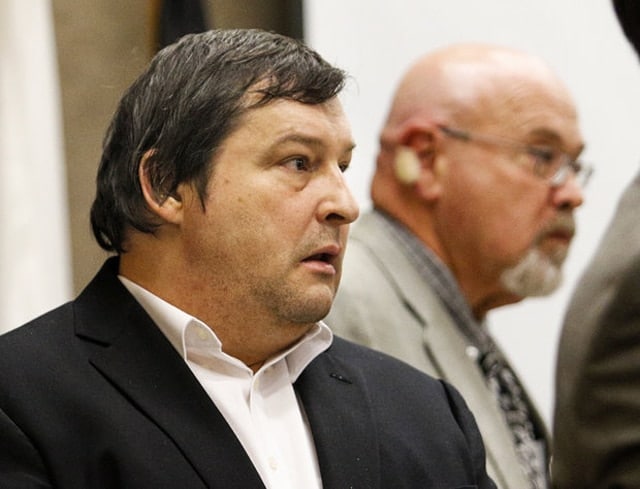 An Atascadero, California, man on trial for fatally shooting his neighbor in 2013 has a simple explanation for the murder. Apparently it was some part of a 3,000-year-old underground war against werewolves and vampires.

Mark Andrews, 51, believes that he is a werewolf and the neighbor he killed, 52-year-old Colleen Barga-Milbury, was a vampire.

Forensic psychologist Carolyn Murphy said Andrews, who is schizophrenic, delusional and wasn’t taking his medication when the murder occurred, believes he transforms into a werewolf and “holds the spirit of the wolf.” He has been hospitalized at least half a dozen times and said the voice of God told him to kill his neighbor, but police argue that he seemed perfectly normal a few months ago.

Andrews pleaded not guilty to murder by reason of insanity.