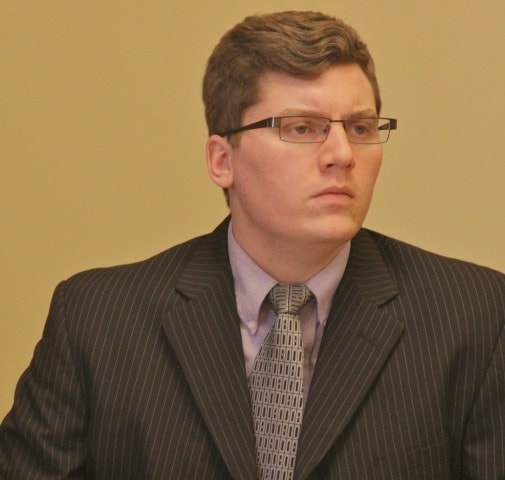 Legislation to allow the lawful carry of a concealed handgun without a permit by Kansas residents passed the state Senate this week by a sweeping 31-7 vote, but still faces a battle ahead.

Introduced last month with a staggering 26 co-sponsors, the bill would allow those legally able to possess a handgun the ability to carry it concealed without first having to jump through the hoops of obtaining a permit.

“I think it’s a very logical step for the Legislature to take,” said Sen. Jacob LaTurner, R-Pittsburg, in casting his vote Wednesday. “We allow open carry. We allow concealed carry if you’re hunting or fishing. I think this makes a lot of sense.”

The bill, SB 45, would allow any adult otherwise able to possess a handgun under state and federal laws to carry that gun concealed as a matter of course without a permit.

Since 2006, when the Kansas Legislature passed the Personal and Family Protection Act, an estimated 90,000 residents have applied for a concealed carry handgun license in the state. Some 36 states recognize Kansas permits while the state in turn recognizes all out of state permits from non-residents. The legislation in its current format would retain this current permit system to allow for Kansas residents who wish to travel out of state while concealed.

Among the requirements to obtain a permit in the Sunflower State, applicants have to pay a $150 fee – one of the highest in the country – and complete an eight-hour training course from a certified instructor.

While the proposal may be popular with lawmakers, it is not finding support from some of these same concealed carry instructors who stand to lose revenue.

“Every bullet that leaves that gun, just consider there’s an attorney’s name on it,” Mike Yoder, a local instructor, told KWCH. Yoder, who said he spends up to 85 percent of his classes instructing the legal ramifications of concealed carry voiced concerns that those who chose to carry without the state-approved instruction might not understand the full weight of the liability that comes with a defensive gun use.

Besides the instructors, national gun control organizations are staunchly against allowing constitutional carry, citing many of the same concerns.

“If this dangerous legislation becomes law, people with no safety training could carry hidden, loaded handguns in public,” said TerriLynn Barnett Miller, with the Kansas Chapter of Moms Demand Action in a statement Guns.com. “Moms don’t want to sit down for dinner at a restaurant with their families next to an armed customer who has never even handled a gun before, who doesn’t have a license, and who can carry with no questions asked. If S.B. 45 passes, that could be a reality for Kansans and it would be completely legal.”

Kansas is not the first state to come out strong for constitutional carry this legislative session.

Texas lawmakers filed a measure in that state, HB195, which is gaining firm and vocal support from a number of gun rights groups in the Lone Star State while bills in West Virginia and New Hampshire have likewise advanced in recent weeks.

The Kansan measure is now in the hands of the state House, where Republicans enjoy what could be termed a healthy 92-33 margin. From there, a final concurrence in the upper chamber would send it to Gov. Sam Brownback’s desk.

Brownback, a Republican, has signed several far-reaching gun rights measures during his term in office.