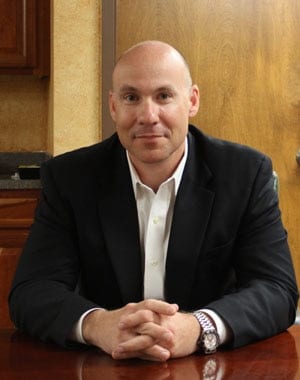 Beretta USA’s chief operating officer and general manager, Jeff Cooper, left Beretta USA. After serving as COO for the better part of three years, Cooper will “pursue other opportunities,” the company said in a press statement this morning.

Cooper played a role in the decision to relocate Beretta from Maryland following the state’s passing of increased gun control laws.

“It is a delicate decision,” Cooper told Guns.com in 2013 about moving. “What’s clear at this point is that the state of Maryland is not friendly to this industry.”

Beretta broke ground on a new location outside of Nashville last August. Over the next five years, Beretta will shift its entire U.S. manufacturing operations to the Tennessee facilities.

The COO is instrumental in a company’s day-to-day operations and while Beretta is not currently seeking an immediate replacement COO, it is shifting around its management.

The former director of marketing, Ryan Muety, has been promoted to vice-president of commercial sales and marketing.

Chris Recchia has been named the vice president of sales and channel marketing.

Lastly, Sveva DaRoit has been promoted to chief financial officer and vice president of human resources and supply chain.

The change comes at a time when one of Beretta’s most famous and proudest achievements is on the ropes. The U.S. Army decided to replace the Beretta M9 the standard side arm.

Unlike past attempts by the military to replace the M9, the controversial — to the gun world, at least — decision is forcing Beretta to compete to regain the title. Before the company had the laws of economics on its side on its side, but Army officials made it clear it’s time for a change.