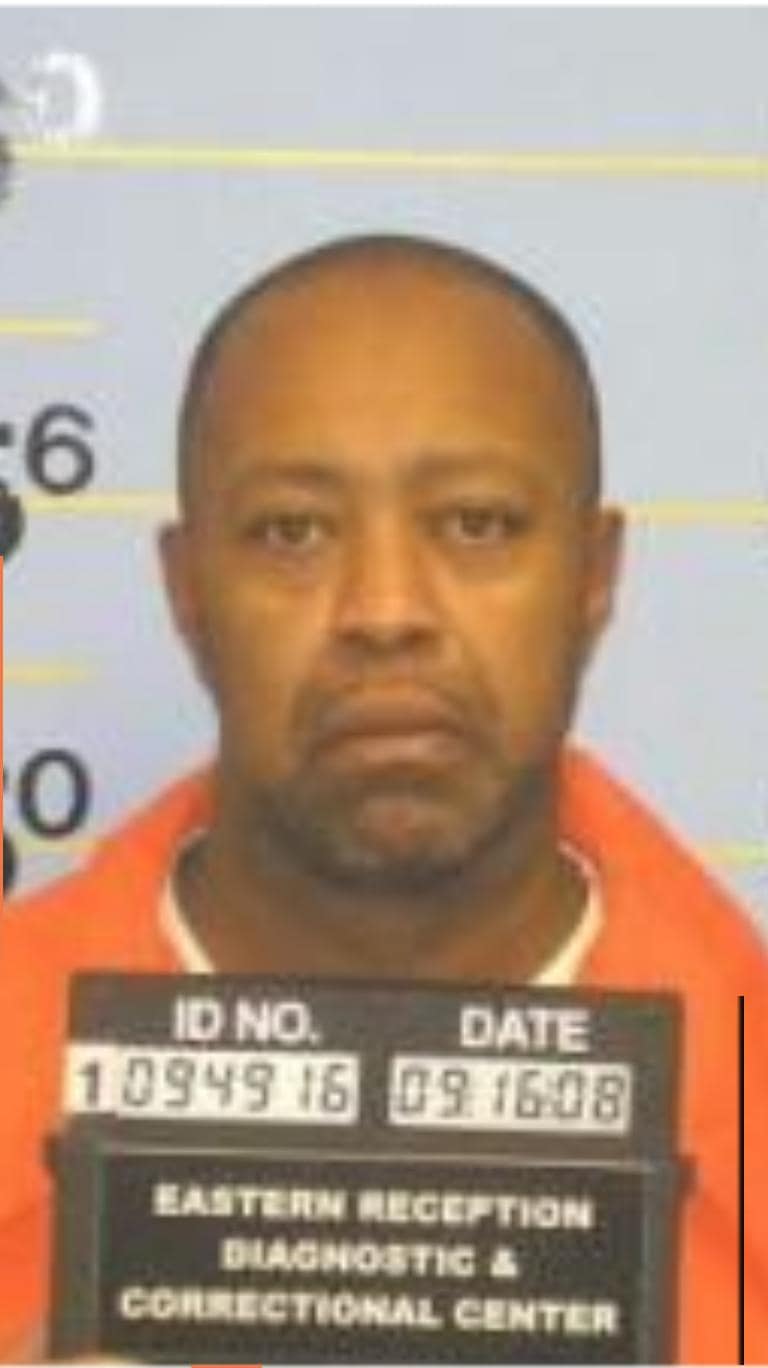 A 2008 mug shot of Raymond Robinson, who “has not been a model citizen,” but also has no record of violent felonies or mentally unstable behavior. (Photo: St. Louis Dispatch)

Following a “strict scrutiny” analysis by a Missouri circuit court judge, a St. Louis felon arrested with a handgun saw his charges dismissed last week under a new amendment to the state constitution.

The ruling was issued Friday by St. Louis Circuit Judge Robert Dierker in the case of Raymond Robinson, 55, who was arrested on July 28, 2014 following an anonymous tip to police that he was in illegal possession of a firearm.

According to court documents, when Robinson was stopped by police he advised officers that he had a pistol in his car and consented to a search. Formerly found guilty in 2003 for carrying a concealed weapon without a permit, he stated that he carries a firearm for protection due to the cash nature of his employment as a handyman. The court noted that while the “defendant has not been a model citizen,” he has no record of violent felonies or mentally unstable behavior.

The latter was the result of a Senate resolution that had passed the state legislature by a large margin early last year then was certified by 66 percent of votes cast in an August 2014 election. The amendment made the right to keep and bear arms “an unalienable right” and required state lawmakers and courts to uphold it.

As such, Amendment 5 requires courts to apply a most severe form of analysis known as “strict scrutiny” when weighing any case before it, requiring a “compelling governmental interest” to proceed.

Dierker, applying this to the current state laws post-Amendment 5, cited that since the state does not differentiate between different classes of felonies and does not define how non-violent felons can be stripped of their constitutional rights, dismissed the gun charges against Robinson.

“If the right to keep and bear arms is ‘fundamental’ and ‘unalienable,’ and restrictions are subject to strict scrutiny, it follows that the burden must always be on the State to establish that the defendant’s conduct is outside the protection of the constitution, not the other way around,” wrote Dierker.

This has prosecutors in the state seeing red.

“About a year ago, my office and others warned Sen. Kurt Schafer and the Missouri General Assembly that a then-proposed Constitutional Amendment could raise new, deadly concerns for law-abiding citizens,” railed Jackson County Prosecutor Jean Peters Baker in an opinion piece in the Kansas City Star following the court ruling. “Now, I’m disheartened to see that those warnings may be coming true. … Everyone should agree that more guns in the hands of more criminals will only equal more violence.”

Further blame for the court’s ruling came from a national gun control group who proclaimed that the amendment has now unleashed a potential flood of litigation and prosecutors who are disinclined to pursue cases.

“Today’s decision by Missouri Circuit Court Judge Robert H. Dierker is an example of just how dangerous ‘strict scrutiny’ amendments like Amendment 5 are – in one strike of his gavel, Judge Dierker has declared that convicted felons are no longer all prohibited from possessing guns in Missouri,” said Adam Skaggs, senior counsel for Everytown for Gun Safety in a statement released Friday.

According to the St. Louis Dispatch, Circuit Attorney Jennifer Joyce pledged an appeal of Robinson’s case.