Does GunSite Academy need to get with the times?

GunSite was founded by Col. Jeff Cooper.  The amazing marketing engine behind that facility has gained international popularity.  Shoot, even the King of Jordan recently visited the GunSite and shot a little bit after meeting up with President Obama.  (I mean, going shooting would be a lot more fun than a visit to the White house, right?)

But, there’s something I just can’t seem to wrap my mind around when it comes to GunSite.  What in the world is being taught out there? 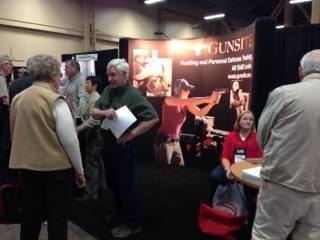 A few years ago I remember reading an article about how, as a part of their pistol class, the students were still being taught to shoot using a modified weaver or combat stance with the support arm bent.  In other words, the same pistol techniques used during the 70s are still being utilized instead of a thumbs forward grip.  I’m not alone in thinking teaching this technique to new shooters is counterproductive.

As a disclaimer, I have not attended GunSite, but I’ve seen some things in addition to the aforementioned article that makes me wonder if GunSite is a little behind the times with the pistol grip.

And, for that matter, a bunch of training academies fall into this old school category if you have a problem with Modified Weaver like I do–so I’m not even really singling GunSite out. For instance, on the Frontsight website, the Founder and Director, Dr. Piazza (who is a marketing genius in my mind) is shown holding the gun with an old style grip.

On GunSite’s Facebook page, a picture from the SHOT Show shows a lady shooter really bending her support arm.  That’s not the proper technique if you ask me.

Some people might not think that’s all bad.  But when you’re teaching combat tactics, I’d say it’s time to change your grip and push both hands out.  If anything, the support hand should be straighter than the hand holding the pistol. 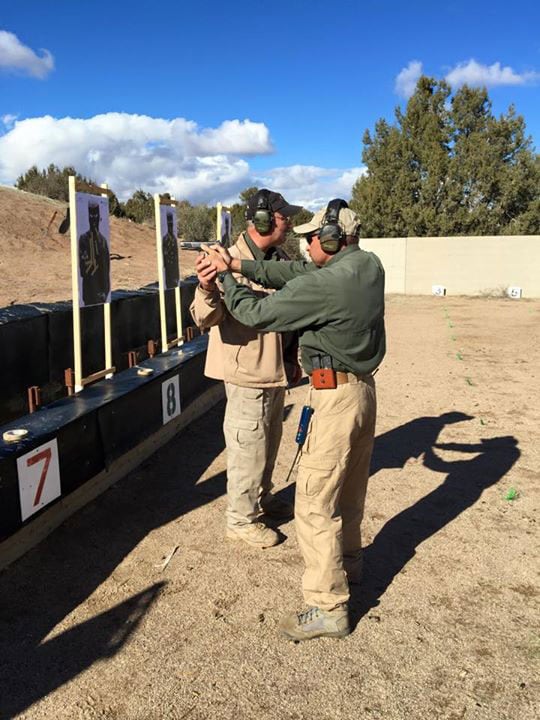 In order to get to the bottom of what GunSite teaches, I decided to call.  I spoke with the director of training.  They do have an impressive amount of SOF personnel and LEOs as instructors, so I was surprised to see they still may be teaching the old style grip.  Surely, those guys are up to date with what works best under stress and for better gun control in a tactical environment.

The director of training said that he uses the thumbs forward grip and we had a little chat—a good chat—about what really matters in shooting accurately, which is trigger control and sight picture/sight alignment.

He then told me that the King of Jordan, a warrior King, could shoot the way he always has and it’s better not to change up his style.  Agreed.  He’s the king (it’s good to be the king).

But, for everybody else, I’d say get them to try something new, something different, something that I believe is better for tactical situations: the thumbs forward grip with both arms extended, not bent.

When you bend your arm like you do in the modified weaver technique, you blade your body and everything changes.  With major stress and physical reactions to stress, this is a problem.  As shooting instructors, we can’t cling to the popular techniques of the past and still expect to be teaching the best practices of modern day combat.

At the end of the day, I guess you can do whatever you want if you’re teaching a lot of people who are willing to pay, but as for me…well, I guess a small chat on the phone isn’t enough to know what’s really being taught at GunSite.  I guess I shouldn’t judge a book by it’s cover–or facebook picture–so to speak.  Even so, most people do and that cover picture is seriously old school.