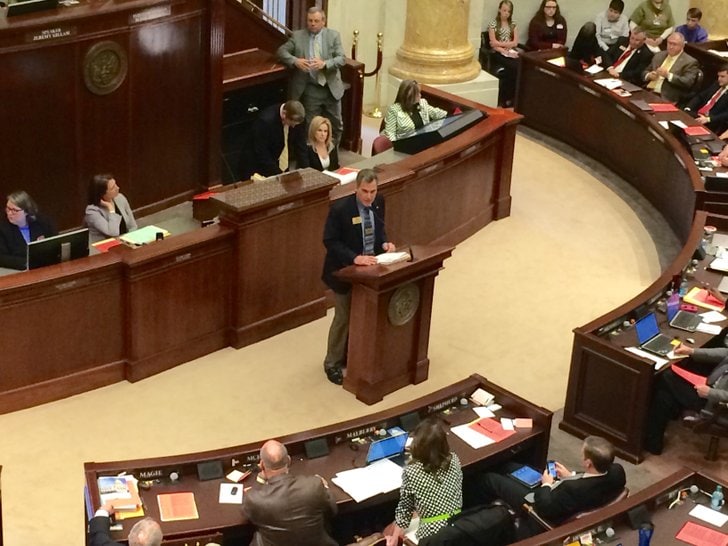 By a more than 2 to 1 margin Monday, lawmakers in the Arkansas House gave their approval to a proposal to allow faculty and staff with concealed handgun permits to carry at public colleges.

The measure, which appeared dead last month in a divided House Education Committee vote, managed to make it to the floor this week where it enjoyed a final 66 to 25 roll call vote.

“This is a bill that is designed to help protect our loved ones on college campuses,” said Rep. Charlie Collins, R-Fayetteville, as reported by the Arkansas Democrat-Gazette. “Last year there were 43 incidents at schools in America, 39 of those included either injury or death. The breakdown for those on college campuses was just under one per month. That’s a trend that’s not getting any better. If anything, it’s getting worse.”

Collins’s bill, HB 1077, would allow staff at any of the state’s 33 public colleges and university to carry concealed handguns provided they have a valid permit accepted by the Arkansas State Police and have completed active shooter response training if required by the school. The last requirement was added in committee to break a stalemate vote last month. Besides the training requirement, the amendment prohibits the carrying of firearms at campus day care and childcare facilities.

Notably, the legislation does not allow a provision for students and visitors to campus who have permits to carry. However, current state law allows individual institutions to grant that allowance.

Even though the measure saw wide approval this week, it was not without its detractors. Some House Democrats bemoaned that the proposal would supersede a school’s own established polices.

“I love guns, but are we for local control?” said Rep. Mark D. McElroy, D-Tillar. “We say we are until we’re not. These colleges have pleaded with us, just let us tend to our own affairs.”

Allowing otherwise lawful concealed carry on public college and university campuses has been the subject of legislation in several states this session.

Following a shooting that injured three at Florida State University a measure to allow carry at schools in the Sunshine State is seeing initial approval while a bill in Texas was introduced by Lt. Gov. Dan Patrick who promised widespread Republican support.

Arkansas’s bill now heads to the state Senate for approval, where Republicans hold a 69 percent majority.