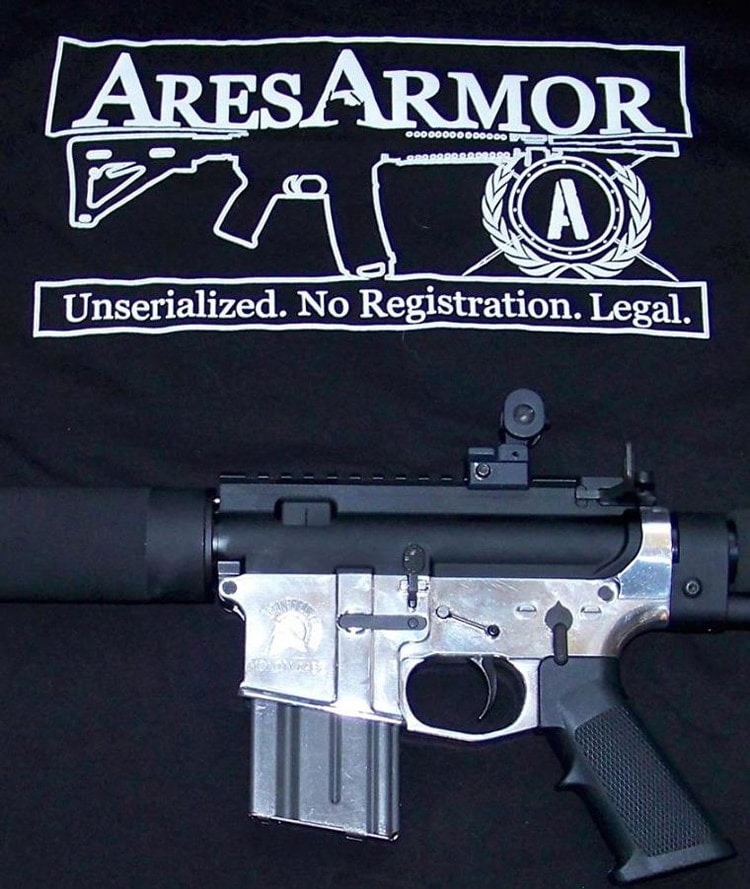 An investment firm acquired Ares Armor, a controversial company that sells unfinished AR lower receivers and was the subject of a raid by federal agents last year.

Lake House Capital Management, LLC, based out of Hinsdale, Illinois, acquired the assets of Lycurgan, Inc., the holding company of Ares.

Bryce Stirlen, owner of Lake House, will replace Dimitri Karras as the chief executive officer and take over financial responsibilities while Karras, who still owns 30 percent of the company, will operate the business.

In a letter to customers, Karras welcomed the acquisition this week and explained the reasoning behind it.

“With Lake House Capital Management and Bryce Stirlen as a backer, we will be able to continue to improve our business operations while at the same time be positioned for a very long and expensive battle with the ATF,” he said.

The legal battle with the Bureau of Alcohol, Tobacco, Firearms and Explosives is the subject of multiple suits going back and forth between the company and agency, and has racked up a price tag of millions, Karras said.

Last spring the ATF zeroed in on Ares for its practice of selling unfinished AR lower receivers, which lack specific machining characteristics and a serial number, details that Ares advertises. The ATF raised concerns about those products, demanded the names of customers who bought them and ultimately confiscated materials from the company’s storefront.

“This battle is both time consuming for myself and very expensive for the company,” Karras said. “Having a CEO who is from the financial world, running the day to day operations of the company, allows me to focus my energies towards this legal battle and other endeavors that I believe are important to the future, such as the 99 percent lower receiver.”

In addition to managing finances, Stirlen’s company will also pledge a portion of its profits to the legal battle.

Karras told Guns.com that although Ares announced the change this week, it has been working with Lake House for most of last quarter.