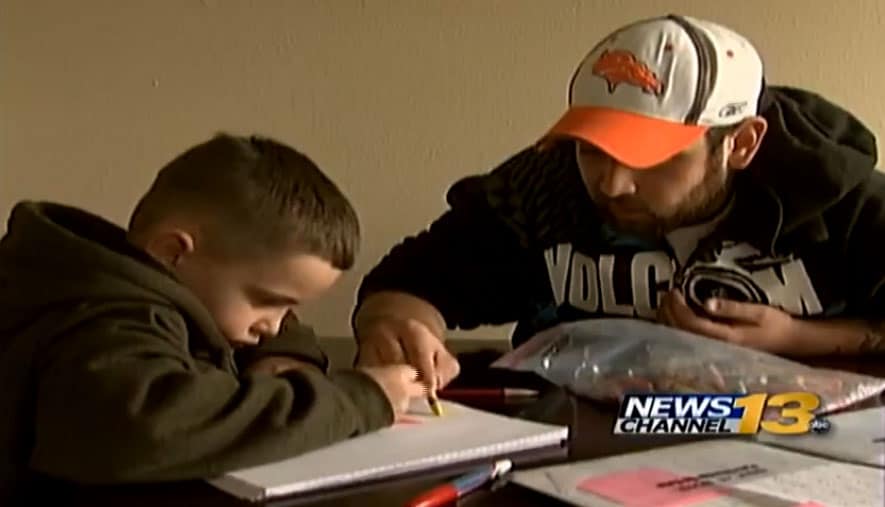 A 6-year-old boy was suspended from a Colorado Springs elementary school after he pointed his fingers into the shape of a gun Monday.

The boy, whose name is Elijah, admitted that he pointed his fingers at a fellow classmate and said, “you’re dead,” but the kid was only playing and meant no harm by it. Nonetheless, the boy was suspended from school for one full day for threatening his peers, according to a report by local media.

Since the incident was part of Elijah’s personal records, the school district’s spokesperson wouldn’t give any specifics about the case. However, she did say that school administrators felt the disciplinary action was appropriate, and added that the administrators also take into consideration the child’s overall record when making a disciplinary decision. Although Elijah had some minor issues at his previous school, he’s been at Stratton Meadows since January and, prior to this incident, had never been in trouble at the school before.

The spokesperson also said that it’s standard procedure for administrators to talk with the parents and the child prior to a suspension.

Still, Elijah’s father, Austin Thurston, believes the punishment was a little much for a 6-year-old who was obviously just playing. He felt like a day without recess, or something to that effect, would have been a more appropriate action for a boy his age.

“What 6-year-old doesn’t play cops and robbers or cowboys and Indians?” Thurston said.

But Thurston still said that he and his wife talked with the boy about guns and explained that there’s a time and place for everything and school is not a place for guns.

“We let him know that the guns in the wrong hands will be very dangerous,” Thurston said. “He knows the difference between really doing that, and just putting your finger up and saying, ‘Boom you’re dead.'”

Thurston said they made sure the boy understood the severity of what he said, even if he was only playing, and although it’s not required, Elijah is writing a letter of apology to the school.