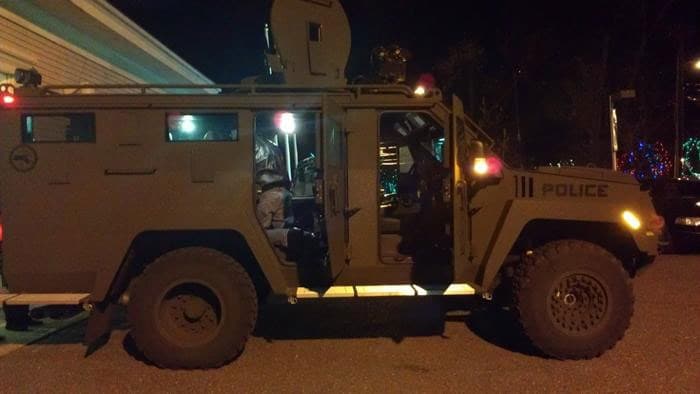 ALCU attorney Laura Rotolo noted that equipment not available to the general public can be obtained by law enforcement councils. (Photo: Boston.com)

While putting together an annual report aimed at preventing abuse and ensuring democracy within the law enforcement community, the American Civil Liberties Union was denied open records requests to SWAT teams across the state of Massachusetts. The law enforcement agencies claimed they are private corporations and therefore not required to provide such records, but the ACLU disagreed and, according to a press release, has filed a lawsuit against an organization representing nearly 60 law enforcement agencies in the state.

In addition, many of the LECs are incorporated as 501(c)(3) organizations, which means they are tax-exempt, nonprofit organizations, and herein lies the basis for the disagreement.

The LECs claim their nonprofit status makes them a private organization, so they are exempt from having to adhere to an open records request. However, the ACLU argues that the LECs are made up of public officials and funded by local and federal tax dollars, so therefore the records should be made available.

The ACLU sought to obtain records on the departments’ policies and procedures, training materials, incident reports, equipment contracts, and policies on the use of deadly force, as well as the number of raids conducted and for what reasons. But the ACLU was not provided with any of the information, and noted that the failure to do so only further obstructed the public view of law enforcement practices in the state.

“The lawsuit is about public accountability,” Laura Rotolo, an attorney for the ACLU, told Boston.com.

A hearing for the suit, filed against the North Eastern Massachusetts Law Enforcement Council, which is comprised of 58 different law enforcement departments, has not yet been scheduled.