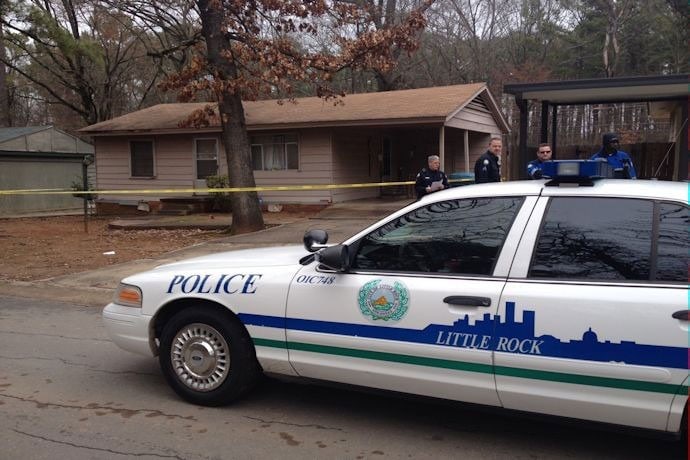 Charles Dorsey, who has known his neighbor for nearly 40 years, said he was concerned for her well-being when he saw the men entering her house just after noon. According to reports from local media, Dorsey grabbed his gun and told his wife to call the police.

He then went to check on his wheelchair-bound neighbor, who he said is like a sister to him, and found the two suspects in a back bedroom. It turned out that the elderly woman wasn’t home at the time, but Dorsey still caught the crime in progress. Neighbors said they saw the men carrying a number of items out of the house, including a television, before Dorsey intervened.

“They were grabbing anything they could get their hands on,” said one neighbor, who did not wish to be identified.

Dorsey ordered the men to get down on the living room floor and held them at gunpoint while he waited for the police to arrive, but before officers got there, one of the suspects came at Dorsey, who then fearing for his own safety, fired a single shot and struck the suspect, later identified as 36-year-old Anthony Roberts.

Officers arrived at the scene a short time later and as they were placing Roberts into the back of a patrol car, the second suspect, identified as 32-year-old Termaine Braxton, attempted to flee, but was quickly apprehended again.

Roberts was transported to a local hospital where he received treatment for the non-life threatening wound.

Both suspects are now in custody and are charged with burglary. Roberts is facing an additional charge for battery and Braxton is also facing charges for theft and fleeing.

No charges will be filed against Dorsey.