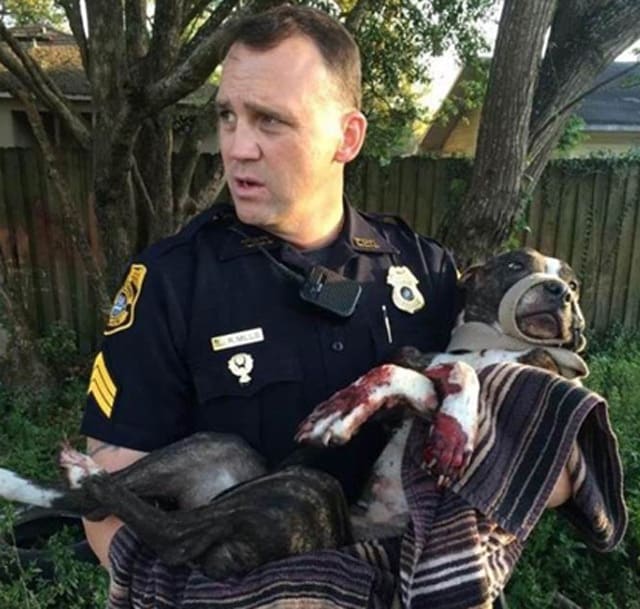 The little guy when police found him.

Officers responding to several calls of shots being fired in Tampa Wednesday evening came across a disturbing scene with a severely injured dog. The dog, given the name Cabela by the officers, had been shot twice in the neck and once in the shoulder. The dog also had her neck tied to a train track using a belt.

Cabela was rushed to a veterinary emergency center, and although her leg will have to be amputated, she is expected to survive.

Cabela is described as a mixed-breed pit bull believed to be one to two-years old. She was found about 100 feet north of Eskimo Drive, and authorities are pleading with the public to provide any information which might help to find the person responsible.

“Ultimate goal, whoever did this needs to go to jail,” said Greg Koller of the Tampa Police Department.