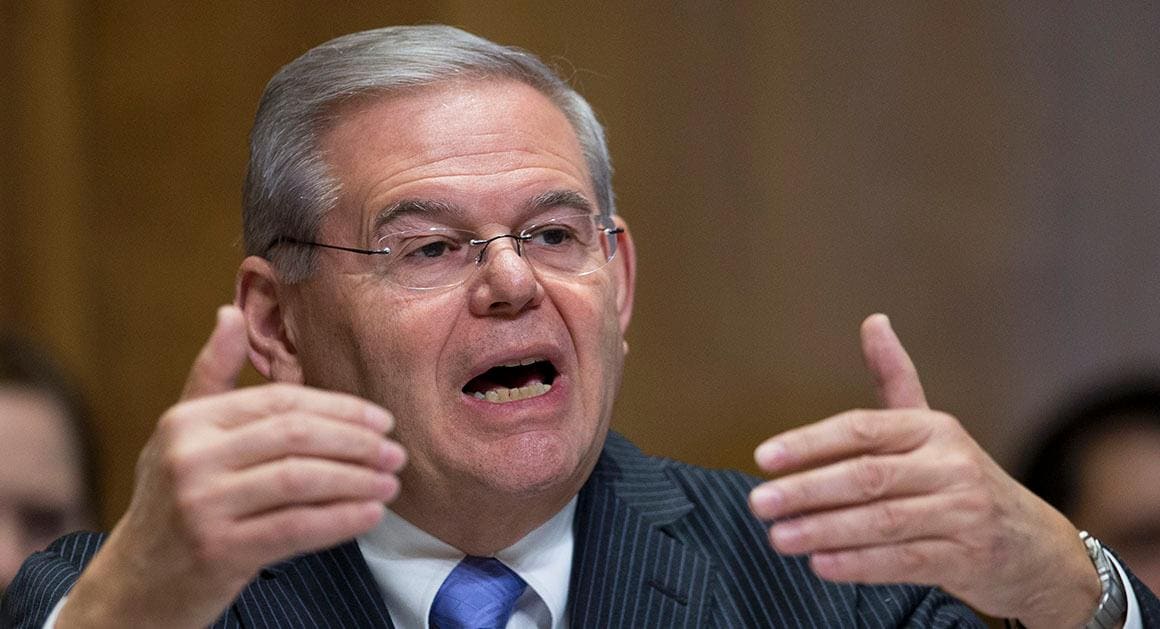 U.S. Sen. Robert Menendez, D-New Jersey, is facing a corruption probe due to his relationship with a Florida doctor. (Photo: AP)

A lawmaker noted for his outspoken support of gun control legislation, U.S. Sen. Robert Menendez, D-New Jersey, is under federal investigation for his interactions with a Florida physician.

U.S. Attorney General Eric Holder has given permission to explore charges against Menendez following an investigation going back to 2012, the Associated Press reported. Insiders contend that the Justice Department is claiming the senator took gifts and donations to help Florida ophthalmologist Salomon Melgen.

For his part, Menendez is denying any wrongdoing.

“Let me be very clear, I have always conducted myself appropriately and in accordance with the law,” Menendez, 61, remarked at a press conference in New Jersey. “Every action that I and my office have taken for the last 23 years that I have been privileged to be in the United States Congress has been based on pursuing the best policies for the people of New Jersey and this entire country.”

The New York Times reported that the lawmaker advocated for Melgen in meetings with government agencies while simultaneously accepting the unreported use of the physician’s private airplane and home in the Dominican Republic for vacations.

Menendez downplayed this to the media Friday.

“As to Dr. Melgen, everyone knows he and his family, and me and my family, have been real friends for more than two decades,” Menendez said. “We celebrate holidays together, have been there for family weddings and funerals, and have given each other birthday, holiday, and wedding presents — just as friends do.”

The son of Cuban immigrants, Menendez won New Jersey’s Latino-majority 14th congressional district in 1992, which he retained in the U.S. House for over a decade. In 2006, Menendez was appointed by incoming Gov. Jon Corzine to fill the remaining year of Corzine’s Senate seat. He has held the spot as New Jersey’s junior senator in two election cycles since then.

While on Capitol Hill, the New Jersey lawmaker co-sponsored a 2013 bill to limit the transfer of magazines capable of holding 10 or more cartridges. Although the bill failed to gain traction in a Dem-controlled Senate, he reintroduced the same measure in February despite a polarity shift in that chamber.

“There is no place in our communities for ammunition magazines designed for military-style shootouts, which have been used inside Sandy Hook Elementary School, in Aurora, in Fort Hood, and in Tucson – and it is well-past time for Congress to listen to the American people and put this high-capacity magazine ban back in place,” said Menendez last month of the proposal, seen by many as dead on arrival.

Given an “F” rating by the National Rifle Association in 2012, the lowest grade possible, Menendez voted no on legislation allowing firearms in checked baggage on Amtrak trains, no against barring misuse lawsuits on gun makers, against decreasing gun waiting periods, and co-sponsored a bill to mandate background checks at gun shows. In addition, he has been outspoken in his feelings on gun control over the years at both the national and state level.

Although no indictment has been issued by the Justice Department, Republican lawmakers are calling for the embattled New Jersey senator to resign. Should that occur, the Garden State’s Republican Gov. Chris Christie would appoint an interim replacement.