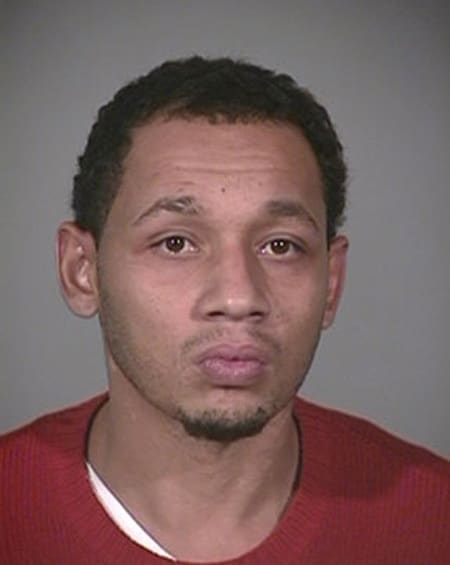 A history of domestic violence came to an end last week when a man was shot and killed after he kicked in the door to his ex-girlfriend’s apartment in Speedway, Indiana.

Authorities received a phone call about 4:20 a.m. on Wednesday from the woman, who said her ex-boyfriend was in the process of breaking through her front door. Officers were dispatched, but before they could arrive, the man made his way through the door.

“All of a sudden, I heard a crash,” David Gibson, who lives in an apartment below the woman’s, told WTHR.

The crash was followed by arguing, then a single gunshot, Gibson said. The woman, fearing for the safety of herself and her children, shot her ex-boyfriend a single time in the head.

“That person that kicks in your door, you have no idea what’s going through their mind,” Gibson added.

The man, later identified as 34-year-old Anthony Santura Smith was pronounced dead at the scene after officers arrived.

The woman and her two young daughters, who were asleep during the incident, were not injured, but are now staying with family members and have not returned to the apartment since the shooting. Authorities said Smith was not the father of the children.

Lt. Trent Theobald with the Speedway Police Department told reporters he was not aware of any protective orders on file, but that there had been a history of domestic violence with the couple and police had been called to the apartment in the past.

Authorities added it’s a stark reminder of the growing problem of domestic violence, and Julia Kathary, who runs an area organization which offers support for victims of domestic violence, told a local ABC affiliate that Wednesday morning’s incident isn’t typical, and women are more often killed by their abusers.

“That’s an important part of this story to tell to domestic abusers,” Kathary said. “If you’re conducting a criminal act upon somebody, that person may choose to defend themselves.”

Theobald said no charges will be filed against the woman, who acted in self-defense, and added that he asks anyone involved in an abusive situation to please seek help.