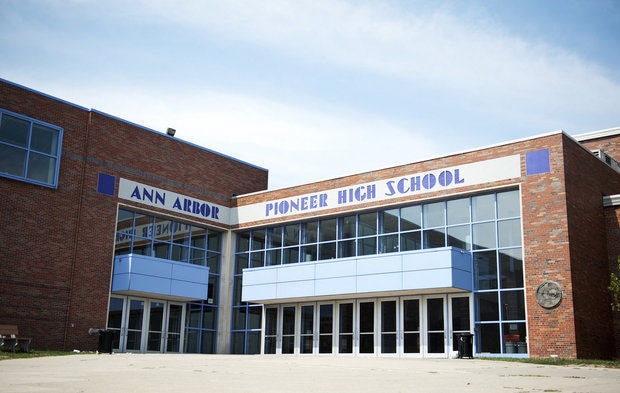 A concealed carry permit holder attending his sister’s school performance last week was the subject of both public ridicule and police attention because he was armed.

The controversy began around 7:30 p.m. Thursday at Pioneer High School in Ann Arbor, Michigan, where a combined junior and senior high choir performance was being given.

The legally armed attendee, 22-year-old Joshua Wade, was approached by the choir director before the show started, later escorted to the lobby by police who were called by the director and was then publicly photographed and outed by another concert attendee eager to inform the audience of Wade’s status.

“I told everyone I thought they should be aware that while they were at the concert watching their kids that there was someone with a firearm and ammunition and maybe we want to think about that,” Brian DiBlassio told Michigan Live of the incident.

DiBlassio explained that he had approached Wade in between sets and attempted to take his picture while urging others at the event to contact the local school board members and state representatives about guns in schools.

Wade, a former janitor for the school district, was abiding by state and local laws that allow a concealed pistol license holder to openly carry on campus providing they are there lawfully. Those without a permit, according to state law, could face up to 93 days in jail on a misdemeanor charge.

“Public entities are allowed to prohibit employees from carrying. They’re just not allowed to prohibit the general public,” Wade said. “The Michigan legislature has claimed preemption in the area of firearms regulation. It has the sole right to create laws dealing with firearms and local municipalities or districts cannot make laws that are more strict than the state’s.”

Ann Arbor Mayor Christopher Taylor, who was in attendance at the event, conceded that Wade was following state law, but also promised that the local school board would look into the issue further.

“I am confident that Superintendent (Jeanice) Swift and the school board have, and will continue to develop as circumstances change, appropriate policies to ensure the safety of students, families, and guests at school events,” he said.

Meanwhile, in an interview with the Daily Caller, Wade voiced concerns over threats made online after coverage of the event that included is physical address and phone number. He contends that DiBlassio, a music professor at the University of Michigan, escalated the incident and posted pictures of Wade on social media.

When contacted by the Caller, DiBlassio said that at the time of the confrontation he was ignorant of the state’s open and concealed carry laws but that, “I would not have responded any differently, and I will not respond any differently in the future.”