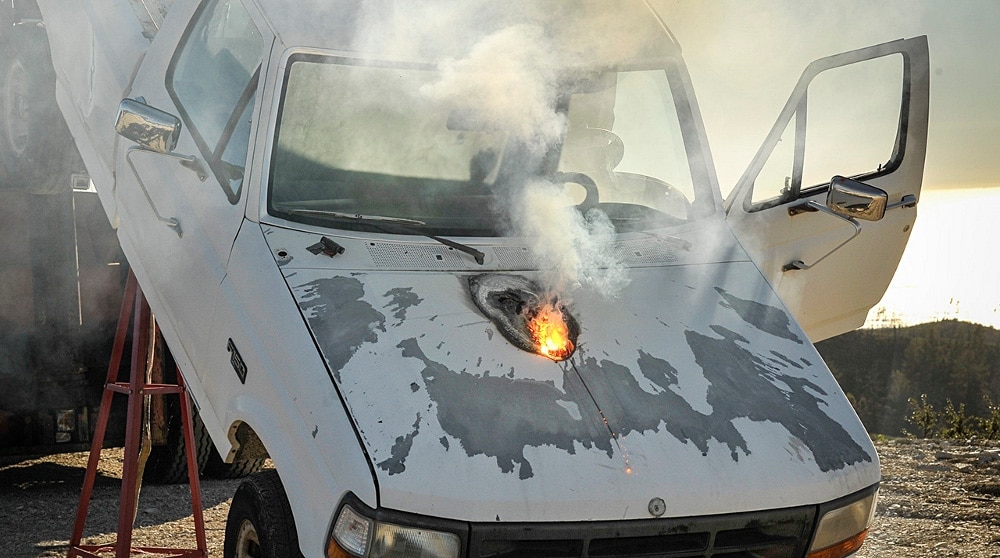 This ground-based laser system was turned against a small truck and managed to lock on and put a hole through its engine block from over a mile away in seconds. This demonstration shows that lasers are capable of the type of precision work to disable “critical infrastructure” before it can close in on soldiers in the field.

Rules of warfare prevent the use of lasers against enemy combatants and soldiers, but everything else is fair game. Recent tests by the U.S. Navy have proven that similar 30-kilowatt laser weapon systems can track and disable moving targets, for instance, IEDs carried by small watercraft, destroying the payload without directly harming any humans. 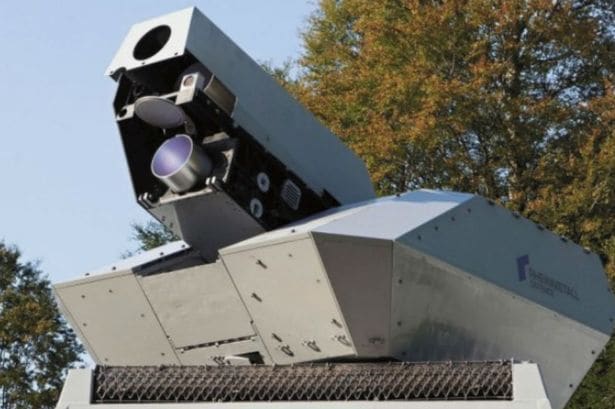 Of course, anyone in a boat full of IEDs that get zapped by lasers from a mile away are still in for some rough seas. This demonstration proves that laser weapon systems are capable of disabling less volatile targets. The tests used a working truck that was running normally up to the point where Lockheed cooked a hole through the engine block.

This type of long-distance line-of-sight protection is getting closer in small but real steps. Laser warfare, although not exactly how pictured in science fiction, is starting to verge on reality.

Unlike more “traditional” warfare, the military is concerned about dealing with an enemy armed with many light vehicles, overwhelming conventional weapon systems. Laser systems, given their reach and rapid time to target, are being examined as anti-swarm weapons, able to stop many light targets quickly and from a safe distance.

Advances in materials are making them more capable than ever before.

“Fiber-optic lasers are revolutionizing directed energy systems,” said Keoki Jackson in a Lockheed Martin press release. “We are investing in every component of the system — from the optics and beam control to the laser itself — to drive size, weight and power efficiencies. This test represents the next step to providing lightweight and rugged laser weapon systems for military aircraft, helicopters, ships and trucks.”

ATHENA is an offshoot of the Area Defense Anti-Munitions laser system, or ADAM, which is being tested in Sunnyvale, California.