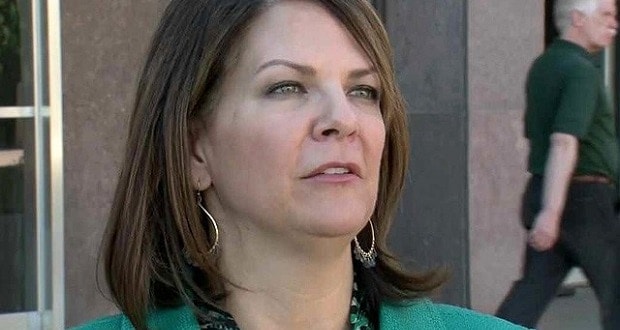 State senators in Arizona gave initial approval this week to a proposal that would mandate state agencies that refuse to help enforce future federal gun regulations.

The bill, which passed committee scrutiny last month, would both prohibit the use of state funds to enforce federal laws as pertaining to firearms and cut off state aid to communities that adopt gun laws based on Washington’s model.

“We have got to take these things into our hands. We have got to assert our states’ rights,” said Sen. Kelli Ward, R-Lake Havasu City, as reported by the Arizona Republic. “We should not be leaving everything in the hands of the judiciary. The judiciary is not the end-all, be-all check and balance. We are all checks and balances of each other.”

Ward’s legislation, SB 1330, makes it illegal in Arizona to enforce any federal law that the state deems to be in violation of the Second Amendment to include limits on firearms, ammunition and accessories. Further, it withholds both financial and material support for federal investigations into firearms law violations such as those pursued by the Bureau of Alcohol, Tobacco, Firearms and Explosives. Any state or local official that does provide support would be forced out of their position or office and be “forever after ineligible” to hold a position of public trust in Arizona.

Counties, cities and municipalities who adopt local gun laws based on federal ones could likewise see their access to the state treasury cut.

The Arizona legislation still needs a final roll call vote in the Senate to pass out of the chamber, for which some are vowing opposition.

“This pits Arizona against the United States,” said Sen. Martin Quezada, D-Phoenix. “That’s not how we should be perceiving our relationship with the federal government. … We can regulate who has access to guns. We can enact regulations that affect public safety but also respect the Second Amendment.”

As far as Washington is concerned, Attorney Gen. Eric Holder in 2013 sent Kansas Gov. Brownback an official letter stating that a nullification law signed by him directly conflicts with federal law and is therefore unconstitutional.

Nevertheless, this has not stopped at least 27 states such as Missouri, South Carolina and Tennessee from attempting to enact such legislation in recent years, citing state’s rights protection under the 10th Amendment.

In Montana on Wednesday, two Democratic senators cast their lot with 26 Republicans to pass a similar measure in that state by a 28-22 vote.

Should Arizona’s bill make it through its final Senate roll call, it would have to navigate the state House where Republicans enjoy a 36-24 majority, before finally landing on the desk of Gov. Doug Ducey (R).