When I first joined the military, my M-16 came with a tight sling from the buttstock to the forend.  It reminded me of the leather sling on my 30-06 hunting rifle I bought as a 15-year-old kid to hunt big game.  The sling was nothing fancy and tight up to the rifle so it allowed us troops to sling the rifle over our shoulders (muzzle up) for drill and ceremony (D&C).

On the range, we soon learned you could loosen the sling up and wrap your hand and arm around it for a better grip on the weapon, if desired. It did however take a lot of work and a lot of time to loosen the sling, so for what it’s worth…

Fast forward a year or two and I was runnin’ and gunnin’ with an H&K MP5 SMG. The 3-point sling worked like a charm. The gun naturally hung down alongside my torso and allowed me to transition to a secondary weapon (my sidearm) with ease.

Fast forward several more years and I recall hooking into my first single-point sling. Single point slings clicked on in a matter of seconds and could be taken off with ease and adjusted easily, too.

Again, fast forward a few years more and I recall having learned the benefits of a good 2-point sling—boy, they came a long way in use and material since my boot camp days.  At one point, I was having dinner with Dalton Fury and we were chatting about quality slings.  I had a 2-point V-Tac sling developed and marketed by Kyle Lamb and 511, but DF suggested that I check out the Sheriff of Baghdad B-sling.

Of course, I took his suggestion and bought one and I can say today that the SOB sling is a fantastic piece of equipment. So where does that leave me?

Here’s a breakdown of some of the pros and cons of the three style slings as I’ve experienced them: 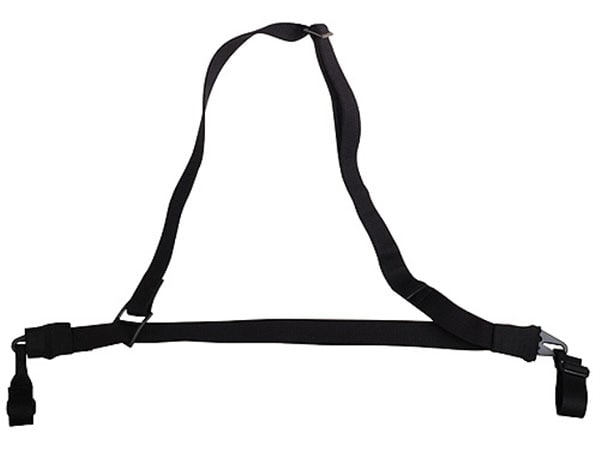 The 3-point sling is the very best choice for the MP5, hands down, and as such could be the best for SMG-type weapons.  I don’t like using one with my AR-15 because the sling has the tendency to get in the way of the bolt catch/release for right handed shooters and the ejection port for lefties. Also, sometimes, when using a 3-point sling with an AR, the sling can get in the way of reloads, depending on how the sling is placed and worn. In the middle of a gunfight, that would be bad with a capital B-A-D.

I like the fact that the gun can be lowered and the muzzle is relatively stabilized in a downward angled position, making transitions to secondary weapons pretty easy.  The firearm is controlled against the body, allowing the shooter to use the secondary weapon with two hands while letting the primary weapon (the one on the sling) just dangle, if desired. 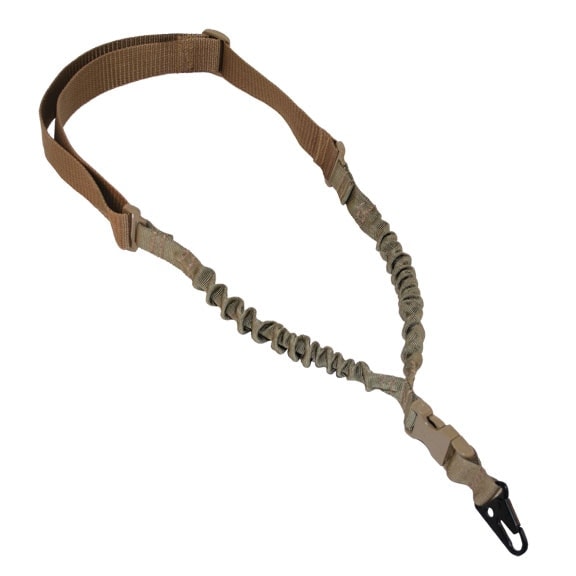 The single-point sling allows for unfettered access to all parts of the gun. The operator can hit the bolt catch/release without any interference whatsoever from the sling.  Also, getting in and out of vehicles or other tight, awkward spaces is easy with a single-point.

The downside to the single-point sling is when transitioning to secondary weapons, the operator still needs to have one hand on the forend to keep the muzzle from dangling around or banging up his or her knees, especially when shooting on the move. 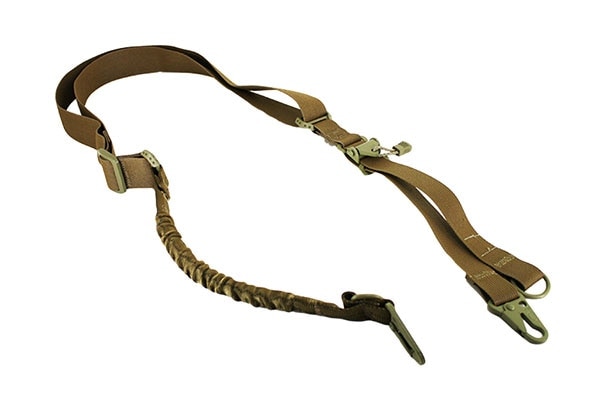 After having carried 3-point and single-point slings on my AR, I’ve opted to carry the 2-point sling for the last several years now, even before Dalton Fury told me about the SOB B-sling.  I think in a word I like the versatility of the 2-point sling.

Quality 2-point slings allow the shooter to have open, unrestricted access to the mag well for reloads as well as to the bolt catch/release for both right and left handed shooters.  It also doesn’t interfere with the ejection port for southpaws.

When transitioning, the gun naturally goes down, allowing the shooter to transition to a secondary using a two handed grip while shooting on the move.

I’m not a big fan of bi-lateral shooting or shooting both left and right handed since doing so, especially under stress, can really mess with your OODA loop. Even so, all three options can allow for bi-lateral shoulder change with a little practice and know-how.

In the end, while I have several single-point, 3-point and 2-point slings, I prefer the 2-point sling. The 2-point sling simply has the best overall tactical options and usages. And, it’s a lot better these days than the old M-16 slings used for D&C.