Woman claims self defense after shooting at wrench-wielding men (VIDEO) 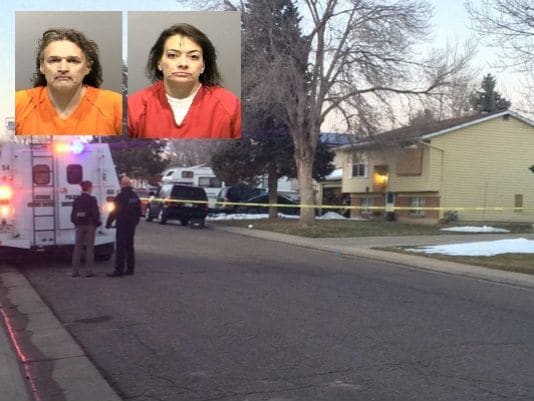 Leslie Barrett (right) reportedly called 911 after she says she was forced to pull her concealed handgun and shoot after two men attacked Billy Scott with wrenches, 9NEWS reported. (Photo: KUSA)

An Arvada woman is claiming self defense in a deadly shooting against two wrench-wielding men that took place in the Colorado suburb on Monday.

As of Wednesday, Leslie Barrett, 45, and Billy Scott, 53, were being held by police for questioning in the shooting death of 49-year-old Troy Pittman, whose body was found in the garage of a home located in the 8400 block of Gray Street, NBC’s local 9NEWS reported. The pair are being held on suspicion of second degree murder and the case in still under investigation.

Barrett reportedly called 911 after she says she was forced to pull her concealed handgun and shoot one shot after Pittman and another man attacked Scott with wrenches, 9NEWS reported. Both Barrett and Scott were at the scene when police arrived.

According to a police affidavit obtained by 9NEWS, Barrett told police she and Scott approached Pittman about a failure to appear bond.

Neighbors told a local reporter that this wasn’t the first time police had been called to the house.