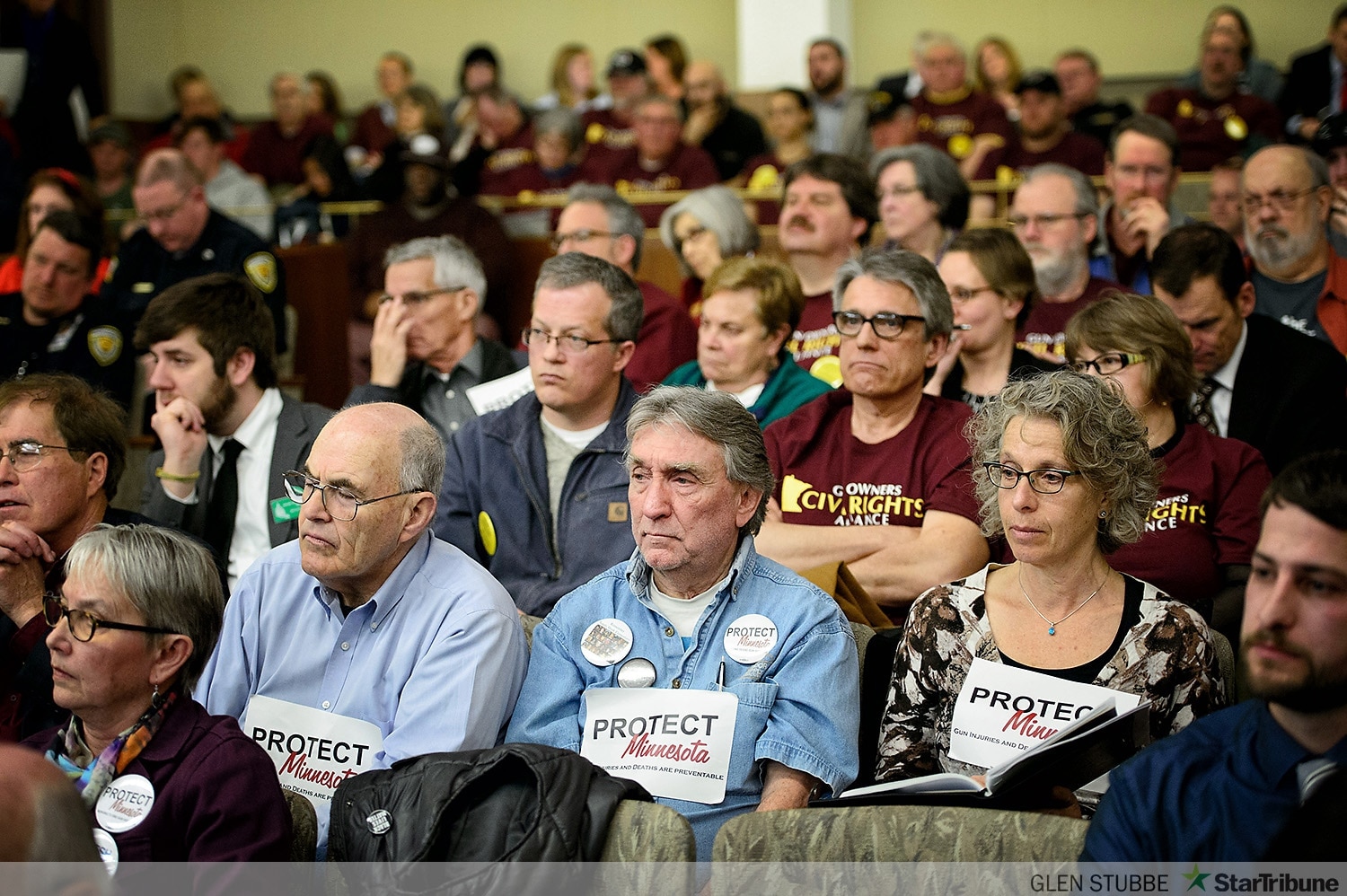 Disregarding claims that suppressors are “designed to let people commit murder and get away with it,” a Minnesota House committee on Thursday passed a measure to become the 40th state to allow them.

The proposal on the table would grant legal ownership and possession of National Firearms Act-registered sound moderating devices to the Gopher State’s five million inhabitants. It passed the state House Public Safety and Crime Prevention Committee after much public debate.

The bill’s sponsor, Rep. Mark Anderson, R-Lake Shore, told the committee that legalizing the devices was a safety and health issue and gave the example of how he would use one in duck hunting.

“If there’s days I’m standing out there with my waders on and I just make one shot, and as soon as I make that one shot, my ears are ringing every single time,” said Shore as reported by the Minneapolis Star Tribune. “If I happen to be having a good morning where I take a few shots at some ducks, every time I do that, my ears ring a little bit more. It’s that first shot, and if I could suppress that even just a little bit, it would help.”

Next, the measure would allow suppressors to be used in hunting and trapping in accordance with state conservation laws. Finally, it includes a “shall sign” requirement that mandates chief law enforcement officers in the state sign suppressor applications within 15 days of receipt, provided they pass a background check.

A companion bill, SF 1435, is working its way through the state Senate.

Gun control groups in Minnesota are advocating against the measure and are not coy with the reasoning behind their opposition.

“Access to silencers is restricted for good reason, because they are designed to let people commit murder and get away with it,” said Heather Martens, executive director of Protect Minnesota.

Martens argues that use of the devices would render efforts in metro areas such as the Twin Cities to use ShotSpotter gunfire detection systems moot, to which the Minnesota Chiefs of Police Association agrees.

“In Minneapolis, shot spotters have been a boon to public safety by effectively locating the source of gunshots. But gun extremists don’t care if the use of silencers renders shot spotters ineffective. And they hope nobody else will either, because it’s just Minneapolis, where people of color are doing most of the dying,” said Martens.

However, suppressor use by criminals is rare, some research suggests.

In a study completed by the Western Criminology Review, which examined 10 years of criminal prosecutions by the federal government, on average there are just “30-40 total cases per year” of suppressors being used in connection with a crime.

“This is out of 75-80,000 federal criminal prosecutions each year,” the study states.

These figures, which equate to much less than 1 percent, are mostly found in raids or searches that discover an illegal suppressor during a lawful search rather than a lawfully-owned suppressor being used in a violent crime.

Further, as reported by Fox 9, Rep. Tony Cornish said suppressors should not interfere with shot spotters as long as the sound profile is entered in the scanner database.

Industry groups were confident that the facts speak for themselves on the suppressor debate.

“Yesterday’s committee hearing was an open forum in which both sides were able to speak extensively,” Knox Williams, president of the American Suppressor Association told Guns.com. “After nearly two hours of debate, one thing was clear: the facts are on our side. Suppressors don’t silence gunfire, and they weren’t invented to hurt people. They are safety devices that are legal to own in 39 states, including neighboring North Dakota, South Dakota, and Wisconsin. Iowa is poised to legalize suppressors this year, and Illinois may do the same.”

“There are numerous benefits associated with the use of suppressors,” wrote the National Rifle Association’s Institute for Legislative Action in an alert about the proposal. “These benefits include increased accuracy due to reduced recoil and muzzle blast, protection from hearing damage and reduced noise pollution. Noise complaints are frequently used as an excuse to close shooting ranges, informal shooting areas and hunting lands throughout the country. Increased use of suppressors will help to eliminate many of these complaints and protect hunting and shooting areas well into the future.”

The bill will now progress to the House floor where Republicans enjoy a 10-seat majority. If it passes there, it has to overcome a Dem-controlled Senate and earn the signature of Gov. Mark Dayton who has voiced little interest in expanding gun laws.