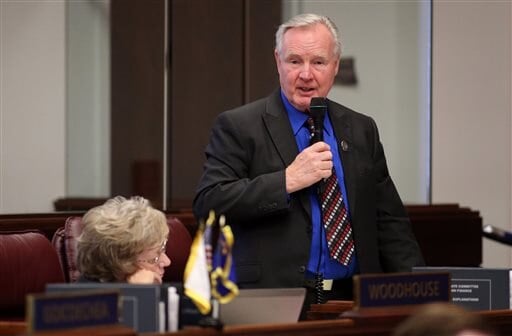 Lawmakers in Nevada and Missouri are joining the push to bring lawful concealed handgun carry without a permit to their states.

The measures, seen in the Nevada Senate and Missouri House respectively, are in the early stages of the legislative process but should they succeed, could allow each state to become the six and seventh to adopt constitutional carry.

Those backing Nevada’s proposal feel that it is redundant for lawful gun owners to have to go through a process that can cost upwards of $200 to obtain a permit to carry a concealed pistol or revolver, when the state already allows open carry without a license for those who are not prohibited from possessing a handgun.

“Most people who have guns know how to use them,” said Sen. Don Gustavson, R-Sparks, the bill’s sponsor.

Gustavson’s measure, SB 143, would strike language from state laws that make carrying of a concealed handgun a crime — provided the individual with the firearm is not otherwise prohibited from having it in their possession. It would retain the state’s current permitting scheme for any who wanted to obtain a permit for travel purposes outside of the state.

The Missouri legislation, HB 1250, was introduced by Springfield Republican Rep. Eric Burlison Thursday citing the same open carry argument to local media. Like the Nevada bill, it would preserve the Show Me State’s current permit and reciprocity system for those wishing to seek out a license.

There were vocal advocates on both sides of the fence in Nevada last week as the Senate Committee on Judiciary heard testimony concerning Gustavson’s proposal.

“The open carry of firearms is completely lawful in Nevada,” testified J.L. Rhodes of the Stillwater Firearms Association. “However, if your shirttail or jacket covers the firearm, you may be arrested and charged with a Class C felony. That makes no sense whatsoever. Let us allow people the choice to carry firearms to protect themselves and their loved ones.”

Also on hand were lobbyists from police groups to include the Combined Law Enforcement Associations of Nevada and several state airports who opposed the measure.

Mike Scott, a safety official for the Reno-Tahoe Airport Authority, cited that Transportation Security Agency checkpoints at his airport found 12 guns in 2014 and theorized that relaxing the state’s concealed carry laws could lead to more.

“We need the tools to prevent weapons from penetrating our security layers, particularly when there is information or intelligence indicating our facility may be a target,” Scott noted in delivering the RTAA’s opposition.

Constitutional carry bills have been a popular item nationwide with state legislatures this session. Texas, New Hampshire, Utah and Kansas have all made progress on measures of their own in recent weeks.

Last week West Virginia and Montana lawmakers gave their final seal of approval to a measure to bring the practice to those states, sending them to the desks of Democratic governors despite opposition.

Nevada’s senate bill now faces a vote in committee to see if it will proceed to the floor while Missouri’s is pending committee assignment.