Munitio, the company that brought us Billets and Nines, 9mm-inspired high-fidelity ear buds, is launching a new product, Pro 30 headphones. These “big-bore” phones are for audiophiles looking for an on-ear wireless set that comes from the same people that developed the original Nines and Pro 40 headsets.

They call their product line Tactical Headphones and the truth is that they are some of the toughest, everyday-use phones available.

Munitio is more than just a gun-themed audio company, they’re also dedicated to the science of sound, which is how they manage to get a very good sound from such a small driver. We tested their Nines and they’re absolutely at the front of audio quality and construction when it comes to commercial ear buds.

Despite the solid performance of their hardware Munitio nearly ran aground after being purchased by a larger corporation. Founder Daniel Massaro was replaced as the company was restructured. 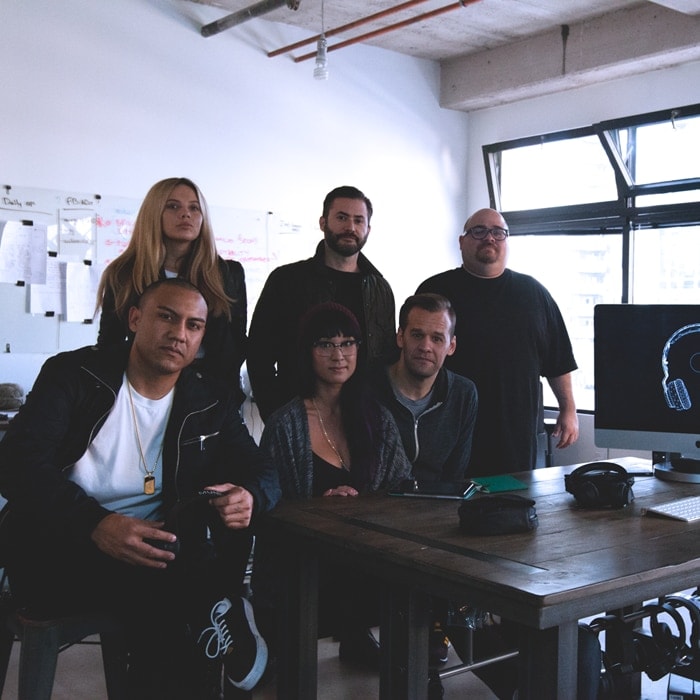 Today, Massaro has retaken the company reins and is re-launching the brand with their famous Billets. He assembled a new, small team in late 2014 for a last-chance effort to kick Munitio back to life, with the Pro 30s as their first, last and best hope for renewed success.

Like many other bold attempts, Massaro has turned to Kickstarter for help — and has gotten far more than he needs. The team has completely funded the Pro 30 project by over 200 percent, which in the world of crowdfunding means a sure thing.

Unlike other crowdfunded projects, people who back the Pro 30 effort are guaranteed to get rewards which range from the first Pro 30 headphones off the line, to sets of Munitio Nines that the company already well-known for, and other stuff, like T-shirts, that are pretty standard with most crowdfunding efforts.

Backers who opt to get a set of Pro 30s are in for a treat. Munitio’s headphones are built using the same low-profile, utilitarian yet high-performance approach that make their ear buds and wired headphones so outstanding. They also maintain the fashion-tactical brass, nickel and all-black color schemes.

The Pro 30s are Bluetooth folding headphones with aircraft aluminum ear cups built around a large resonance chamber to ensure smooth and well-rounded audio with large 30mm drivers. The drivers have a titanium finish for corrosion resistance and the removable microphone cable is kevlar-reinforced. Likewise the headband is PVC with aluminum struts and reinforced hinges that are designed for hard use.

Each set of Pro 30 headphones comes with a zippered soft case and are priced starting at $159 — only through Kickstarter. The suggested retail price of the Pro 30s will be $299, which means that this will be the only time anyone will get the chance to pick them up for $140 less than retail.

Even if you’re not interested in wireless Bluetooth headsets there are other rewards for other pledges, including sets of earbuds and wired headsets, for $99 and $199, respectively. Both rewards are being offered at significantly less than store prices. Munitio is also offering combos for people who just can’t have enough tactical audio in their life.

If you love music as much as you love guns then head over to the Munitio Pro 30 project on Kickstarter. Prices will never be this low again.