Kansas House panel goes all in on constitutional carry measure 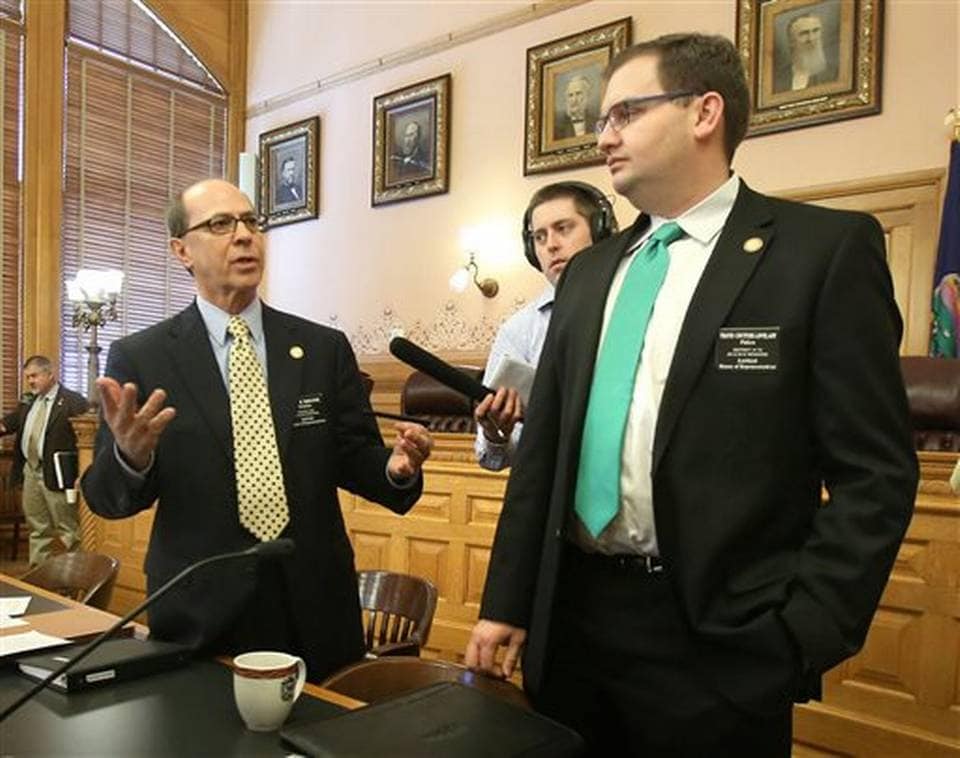 A committee agreed Tuesday to send a Kansas Senate proposal to allow the lawful carry of concealed handguns without a permit to the House floor, its final step before proceeding to the governor.

An overwhelming voice vote in the House Federal and State Affairs Committee adds to the sweeping 31-7 vote endorsement by the Senate last month of the plan to allow those legally able to possess a handgun the ability to carry it concealed without first having to jump through the hoops of obtaining a permit.

“Law-abiding citizens who carry firearms are exercising their constitutional right to bear arms and their natural right to defend themselves,” said Rep. Travis Couture-Lovelady, R-Palco, to the Topeka Capital-Journal. “You can’t be proficient with firearms just because the government mandates you sit in a classroom for a couple hours.”

Senate Bill 45 would allow any adult otherwise able to possess a handgun under state and federal laws to carry that gun concealed as a matter of course without a permit. This move, commonly called constitutional carry, would elevate the state to the same club that Vermont, Arizona, Alaska and Wyoming have joined in the past generation.

Since 2006, when the Kansas Legislature passed the Personal and Family Protection Act, an estimated 90,000 residents have applied for a concealed carry handgun license in the state. Some 36 states recognize Kansas permits while the state in turn recognizes all out of state permits from non-residents. The legislation in its current format would retain this current permit system to allow for Kansas residents who wish to travel out of state while concealed.

Among the requirements to obtain a permit in the Sunflower State, applicants have to pay a $150 fee – one of the highest in the country – and complete an eight-hour training course from a certified instructor.

With the move to a constitution carry mandate that strips the required training away, some lawmakers are jumpy.

“This lowers the bar of high standards Kansans pride themselves on,” said Rep. John Wilson, D-Williams.

National gun control organizations are also citing training issues as a reason to oppose the measure.

“Permit-holders know it’s a simple but effective safeguard to require those who carry guns on Kansas streets to complete basic handgun safety training and obtain a permit,” said Terri Lynn Barnett Miller, with the Kansas Chapter of Moms Demand Action, in a statement emailed to Guns.com. “That’s why Kansas is one of 46 states with that requirement. Let’s not join that lonely list of four states that have abandoned this important public safety measure.”

Constitutional carry bills have been a popular item nationwide with state legislatures this session. Texas, New Hampshire, Missouri and Nevada have all made progress on measures of their own in recent weeks.

Last week lawmakers in West Virginia and Montana gave their final seal of approval to a measure to bring the practice to those states, sending them to the desks of Democratic governors despite opposition.

Kansas SB 45 now proceeds to the House floor for a full vote where Republicans enjoy a titanic 92-33 margin of control. Providing amendments are not added a successful roll call would send it to Gov. Sam Brownback’s desk.

Brownback, a Republican, has signed several far-reaching gun rights measures during his term in office.