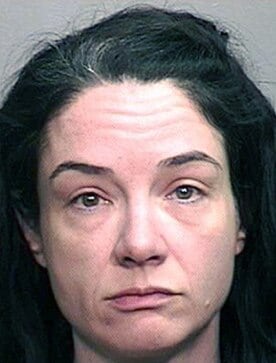 News reports are unclear whether or not the 40-year-old mother of three was disturbed by the strange claymation graphics, strange lyrics, or krunchy bass solos by the early 90s rock band, but one thing is clear: she did not like what her kids were watching.

The Northwest Herald reported the woman, Jennifer Ullery, of Algonquin, Illinois, fired multiple rounds of her Ruger. 22 rifle into the 50-inch Panasonic flatscreen TV as her three kids, ages 15, 11 and 6, watched a Primus music video.

Police told the newspaper Ullery was upset over what her kids were watching and how much TV they watched.

She was charged with discharge of a firearm, a felony, and other misdemeanors.