Police and federal agents are investigating a gun store robbery where the suspect stole 14 handguns.

Investigators told local media that the thief disabled the alarm system and then used a rock to smash the front window of Mr. G’s Pawn and Trade in Taylorsville, North Carolina, on the morning of March 8. 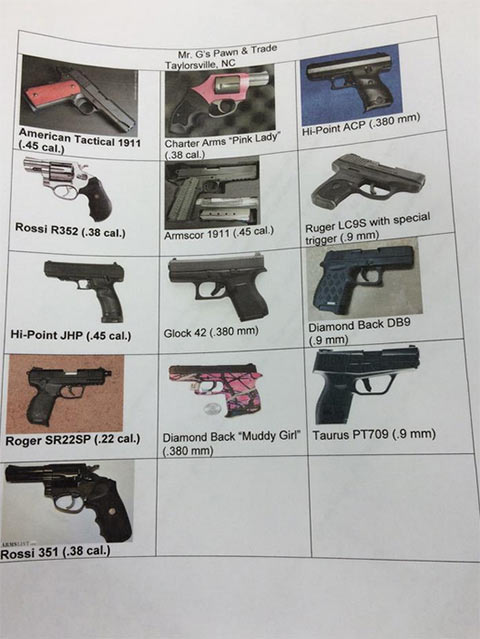 The thief, who was in and out in less than a minute, ignored the long guns and went straight for handguns — brands like Glock, Hi-Point, Ruger, Rossi, Diamondback, American Tactical, Rossi, Taurus, and Charter Arms.

Investigators said they have the serial numbers for all of the guns taken. They estimate the dollar value for the weapons at well above $5,000.

The thief will likely try to sell the guns on the street, but that might be the break authorities need to catch him.

The Bureau of Alcohol, Tobacco, Firearms and Explosives are offering a $5,000 award for information leading to the arrest and conviction of those responsible for the crime.