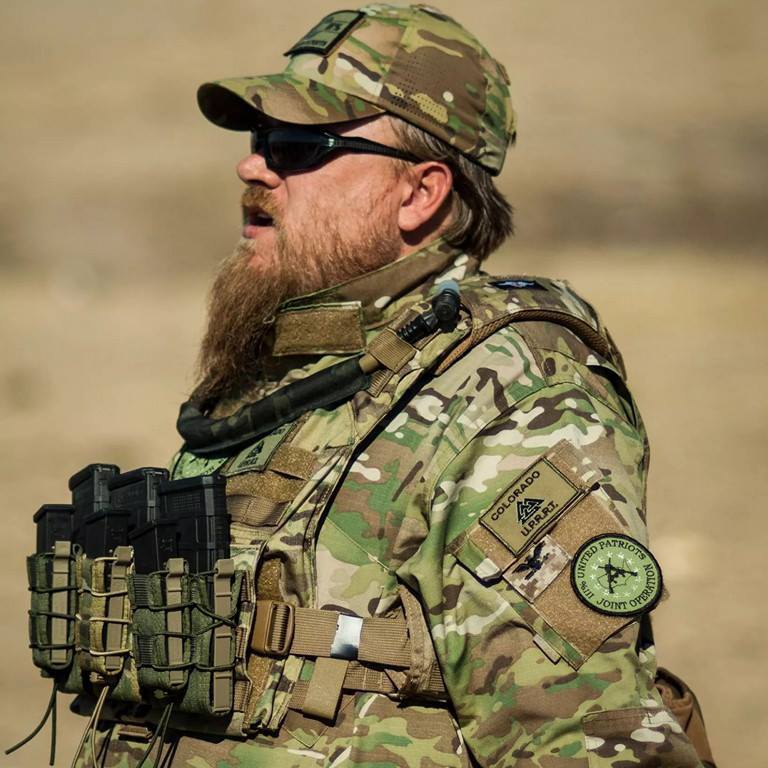 “As faith in the government continues to erode, people are starting to want to go back … to the real intention of the constitution,” Three Percent co-founder Mike Morris told VICE during the October taping of the show. “The original intent of the Second Amendment was that the American citizen would be as armed and as prepared as the government itself.”

Militia groups are on the government’s radar and considered by officials to be breeding grounds for right-wing extremism and domestic terrorism.

But its not just the Obama Administration that has been keeping tabs on the groups. A report written by the Department of Homeland Security under the Bush Administration and not published until Obama’s first term when then Homeland Secretary Janet Napolitano took office – and subsequently criticized the agency for the report – outlined concerns that right-wing militia groups were possibly recruiting veterans, CNN reported.

“There’s always been a lot of fear with the Obama Administration,” Morris told VICE. “He’s already proven that he’s willing to do whatever he has to do to go after the Second Amendment. But with a well-armed population – that makes being a tyrannical government dangerous.”

Independent of the VICE interview, Morris – a former U.S. Marine – has since been fired from his high-level communications job in Denver, Colorado, because of his affiliation with United Patriots, he said. He asked Guns.com to not reveal the name of the company because his attorney thought it might jeopardize the outcome of the employment dispute.

Morris believes its the company’s affiliation with the Obama Administration that created a bias against him during the company’s investigation, which was launched shortly after  Morris fired an employee he managed. Morris said the employee happened to be a member of the same militia and forwarded some of the group’s emails to another supervisor with the intention of harming Morris’ career. In the end, Morris said, the company claimed it fired him because he lied about using his company signature in militia group emails. Morris claims it was the employee he fired who pasted the company signature into the group emails.

The company declined to comment and would not confirm anything regarding the dispute, nor would it confirm that Morris had worked there.

Whether or not Morris was fired for his affiliation with the patriots group, like he claims, the fact remains that the company does have ties to the Obama Administration. One of its executives helped to raise a substantial amount of money for the president and was given a position in the White House, according to media reports. The company in question was also given a number of government contracts, which the executive claimed to have not known about.

Morris’ United Patriots is about 30,000 strong, he said, and part of a greater network of Three Percenters and Oath Keepers that number in the hundreds of thousands. The groups don camouflage and tactical gear and train like they’re preparing for battle. It’s sometimes hard to tell many of them from U.S. military personnel – likely because close to 50 percent of them are veterans, Morris said. The group is well-organized on social media. It has logos embroidered on tactical Velcro patches and hand-signals to signify allegiance. The pinky finger, ring finger and middle fingers are extended to show a three, or three percent (III%), a number associated with the percentage of colonists willing to fight against the British Crown during the American Revolution.

When asked by a VICE reporter what Morris was training for, he initially dodged the question. Outright claiming that you’re honing your weapons skills to fight the government in self defense is risky business.

“We train for the day we hope never comes,” Morris said diplomatically.