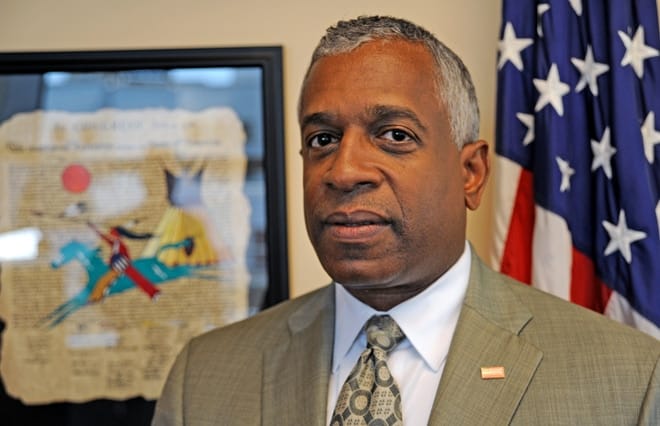 B. Todd Jones has served as ATF director for roughly four years.

The director of the Bureau of Alcohol, Tobacco, Firearms and Explosives, B. Todd Jones, announced today his resignation from the agency.

Jones, who was appointed ATF director at the beginning of 2013, said he will depart March 31 to pursue opportunities in the private sector.

“ATF employees are hard-working, dedicated individuals who serve the public to make our nation safer every day,” Jones said in a press release. “I have seen firsthand their extraordinary commitment to combatting violent crime, ridding the streets of criminals, and leveraging all available resources to keep our communities safe.”

“I will truly miss leading and working side-by-side with these men and women in their pursuit of ATF’s unique law enforcement and regulatory mission,” he added.

Prior to becoming ATF’s permanent director, Jones served as the acting ATF director starting Aug. 31, 2011. While serving as the acting director of ATF, Jones was also the U. S. Attorney for the District of Minnesota, a post he held from Aug. 7, 2009, until his confirmation as ATF Director.

Thomas E. Brandon, who has served as the ATF’s deputy director since 2011 and been with the ATF for 26 years, will serve as acting director after Jones departs.