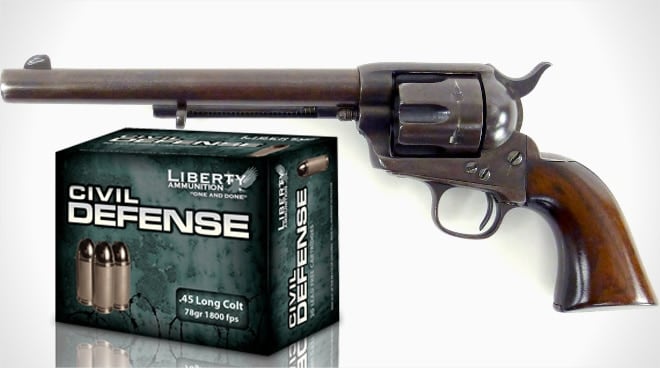 Liberty Ammunition is expanding their catalog with a new Civil Defense load for revolvers and carbines chambered for .45 Colt that clocks in at a whopping 1,800 feet per second. It’s a light load at just 78 grains, which is actually on the heavy end of the scale for Liberty.

The main advantage to these screaming fast bullets is that they break apart almost immediately on impact. They mushroom out for a small distance until the nose of the bullet fragments in all directions while the base travels straight through. Most of these loads don’t penetrate deeply and that’s the point for shooters worried about over-penetration.

This kind of ammo breaks up quickly no matter what it strikes so it has an appeal to people looking for a load that hits hard but won’t create as much of a liability in case of a missed shot. 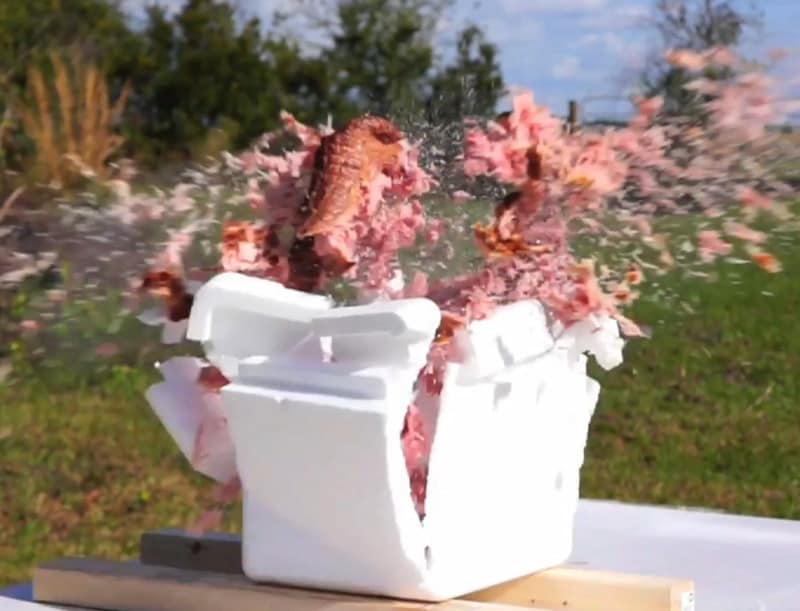 A rampaging ham stopped dead in its tracks thanks to Liberty Ammo. (Photo: Liberty)

There are some other drawbacks to this ultra-fast ammo that shooters may have to contend with. Conventional barrel twist rates are optimized for conventional ammo, not this warp speed stuff. Accuracy might be an issue so users will have to test the loads with their guns first to make sure the projectiles shoot true and don’t tumble or keyhole.

The other thing to keep in mind is that this is short-range ammo. With so little mass the ammo slows down quickly due to wind resistance. These rounds are only considered effective inside 25 yards. While many people don’t expect to need more than 25 yards of reach for self-defense, the world of defensive shooting is vast and stranger things have happened.

Liberty’s ammo should absolutely be considered exotic ammunition with all the caveats that come with the rest of the unusual stuff. For some shooters that rules out use as a self-defense cartridge entirely, although that doesn’t mean it can’t be fun at the range.

As a side effect of the projectile’s rapid disintegration after striking an object, it can completely obliterate small targets. If you ever get attacked by six rampaging melons at once, a Single-Action Army loaded with these will be more than up to the task of sorting things out.

The new load has a suggested list price of $34 per box of 20, and like all Civil Defense ammo, is nickel-plated for corrosion resistance and improved extraction.