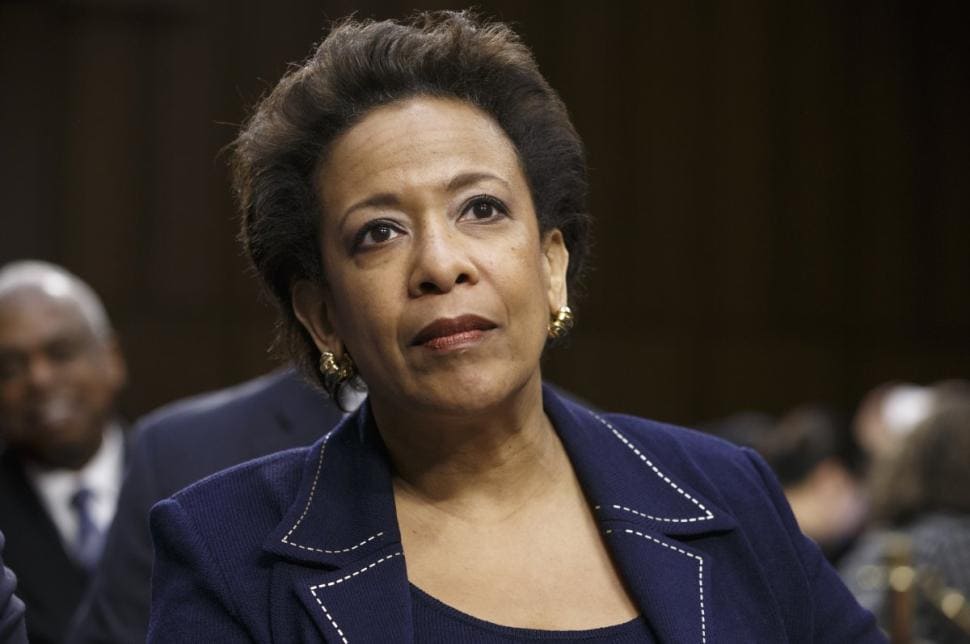 Calling Lynch, “Eric Holder 2.0,” a number of pro-gun groups are lobbying the Senate to oppose President Obama’s attorney general nominee in an upcoming close vote that could see the vice president as a tiebreaker.

On Nov. 8, 2014, the president nominated her to succeed Eric Holder as attorney general of the United States. Facing a historic Republican majority in the Senate, Lynch managed to negotiate her way past the Senate Judiciary Committee last month in a grudging 12-8 bipartisan vote.

That has gun rights groups ramping up the campaign to put the brakes on the Lynch nomination.

“As the Nations’ top law enforcement officer, Lynch would almost certainly have an impact on our Second Amendment rights,” reads a statement from the National Rifle Association’s Institute for Legislative Action released this week opposing the nominee.

“We know Lynch supports the Obama administration’s position to ban ‘assault weapons.’ And, we know that the general-purpose rifles that gun control supporters call ‘assault weapons’ – such as the AR-15 – are the most popular rifles in the United States,” reads the statement.

Others are going even further, conjuring up visons of the Bureau of Alcohol, Tobacco, Firearms and Explosives gun walker scandal, with Lynch as a punchline.

“Lynch has refused to answer direct questions about gun rights and dodged questions about the Justice Department’s gun smuggling scheme Fast and Furious,” said National Association for Gun Rights President Dudley Brown. “Given her close personal and professional ties to this lawless administration, gun owners fully expect her to be Eric Holder 2.0.”

Brown’s organization is promising to deliver 200,000 signatures to senators in coming days against the nominee.

Lynch, 55, is a Harvard Law School alumnus who originally hails from North Carolina. Becoming a drug and violent-crime prosecutor in the U.S. Attorney’s office in 1990, she was appointed by President Clinton to serve as the U.S. attorney for the Eastern District of New York in 1999. Leaving the post for several years to pursue civil litigation and serve on the Federal Reserve board, she returned to the Eastern District in 2010 as an appointment by President Obama.

Her floor vote could not come at a worse time, following on the heels of a summer that saw race tensions in Ferguson, ongoing probes into just what the Justice Department knew about controversial ATF operations and the resignation of the B. Todd Davis, the director of that agency.

Still, the career litigator who cut her teeth in New York has earned the support and respect of another former U.S. attorney, Rudy Giuliani. The one-time Republican presidential candidate told the New York Daily News on Friday that the nomination is not being held up due to Lynch’s qualifications, but for purely political reasons.

“This is a woman who is entitled to confirmation, not as a woman, not as a man, but as a highly qualified candidate,” Giuliani said in a call Friday with reporters.

Meanwhile, the president tried to get the ball rolling on a vote for Lynch as soon as possible, explaining to the Huffington Post on Friday that Senate Majority Leader Mitch McConnel is refusing to advance the confirmation roll call until the Senate approves a human trafficking bill that includes anti-abortion language.

“You don’t hold attorney general nominees hostage for other issues,” the president said. “This is our top law enforcement office. Nobody denies that she’s well-qualified. We need to go ahead and get her done.”

In the meantime, current Attorney General Eric Holder, who announced his intent to resign last September, will maintain his post cabinet post until a successor is confirmed.

“The irony is, of course, that the Republicans really dislike Mr. Holder,” Obama said. “If they really want to get rid of him, the best way to do it is to go ahead and get Loretta Lynch confirmed.”