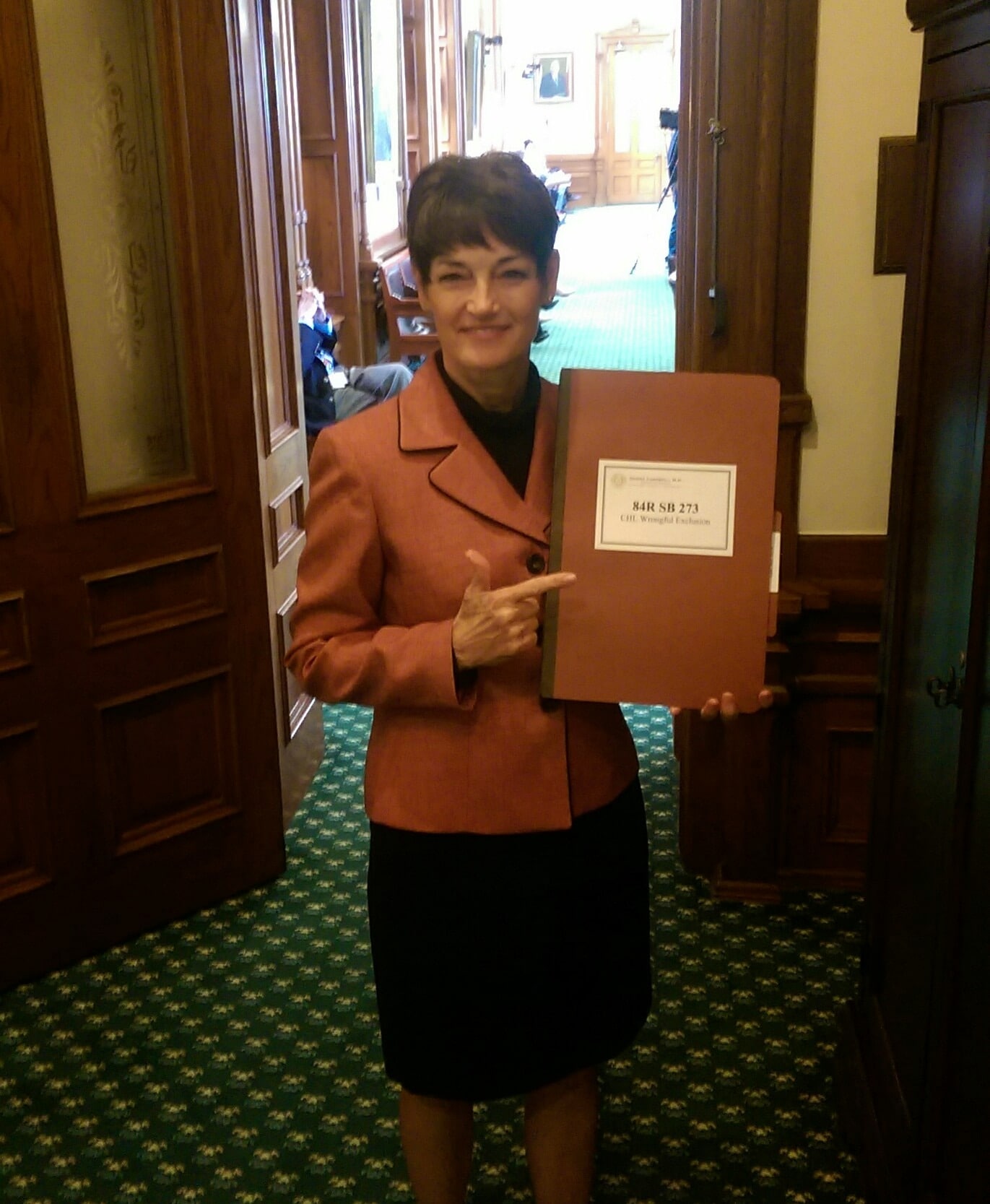 Sen. Donna Campbell, R-New Braunfels, carries her SB 273 to the floor of the Texas Senate last week where it was approved by landslide vote. (Facebook)

A proposal that won the approval of the Texas Senate last week could leave concealed carry permit holders in the Lone Star State with fewer “gun-free zones” — under threat of heavy fines.

The measure, filed in January, would not only prohibit many state and local public buildings from barring lawful concealed carry, it would strip sovereign immunity from governmental bodies and officials who pursued such policies and allow them to be sued by gun owners for damages.

It passed the Senate on March 18 by a large 26-5 margin on its third reading.

“SB 273 protects citizens from improperly posted 30.06 signs used to coerce CHL holders into unnecessarily disarming on government property,” posted the legislation’s author, Sen. Donna Campbell, R-New Braunfels, on her social media account. “Today I am pleased to announce it passed the Senate and is on its way to the House!”

Campbell’s legislation, SB 273, would forbid a state or local agency or subdivision from posting signs restricting carry of concealed handguns by lawful permit holders. Those found in violation would face a fine of a minimum of $1,000 for the first incident and as much as $10,500 for subsequent violations. Government officials and agencies can be found liable for civil damages as well.

The bill would allow some provisions for keeping gun-free zones in schools, polling places and courts as well as property under federal control, and private property, but would provide a method to strike those in almost all other areas.

The state Legislative Budget Board found earlier this month in an analysis of the bill that it was likely to cause no significant financial impact to the state government and any fines collected because of the law would be credited to the Victims of Crime Fund. According to the website for the fund, it provides victims of violent crime financial assistance for crime-related expenses that cannot be reimbursed by insurance or other sources.

In 2013, Kansas passed a broadly similar measure that allows CCW permit holders to carry concealed firearms into most government buildings which was later clarified to include some polling places.

The Texas bill now heads to the Republican-controlled House and if it were successful there would land on the desk of Gov. Gregg Abbott (R), a former state attorney general who has vowed to sign pro-gun legislation.