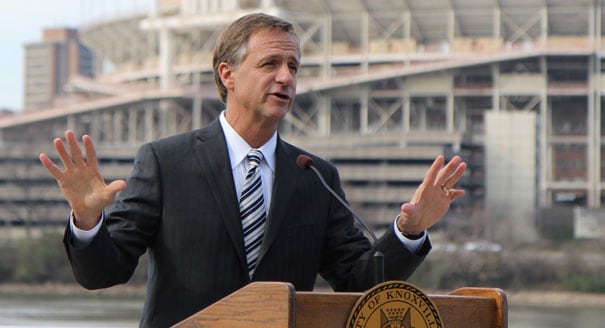 Both chambers of the Tennessee legislature gave wide approval Monday to a measure that will allow employees to sue their employer if they are fired for storing a gun in their car while on the job.

The measure is a clarification to a law passed last year allowing concealed carry holders to store firearms in the trunks of parked cars, even if it is against the property owner’s wishes. However, subsequent opinions by the state attorney general left the interpretation of whether an employer could discipline an employee found to store a firearm in their vehicle.

The legislation that passed the Tennessee Senate 28-5 and the House 78-14 Monday clarifies that they cannot.

“The employer cannot (fire you) simply because you have a permit or a gun in your car,” said Rep. Mike Carter, R-Ooltewah. “But if you sue alleging that, you have to prove that was the sole reason you were terminated. If you were late to work and terminated, no dice.”

The proposal now headed to Gov. Haslam’s desk, SB 1058, prohibits an employer from taking action against an employee solely for storing a firearm or ammunition in their car, providing the employee is in accordance with local and state laws. Employees that find themselves fired or disciplined have one year from the date of the action to file suit against the employer to for damages and attorney costs.

Besides the small pool of Democrats in the state capitol, the bill was opposed by the Nashville Area Chamber of Commerce, a city set to host up to 50,000 attendees at the National Rifle Association’s Annual Meeting next month.

“The Nashville Area and Robertson County Chambers support second amendment rights, but oppose legislation that would limit the rights and abilities of businesses to enforce policies regarding firearms in their place of business,” read a statement obtained earlier this month by the Tennessean.

Some also worried that the pending law could interfere with the state’s right to work statutes.

“I don’t know if there’s anybody in this chamber who loves guns more than me. I love firearms. But more than that I love that we’re an employment-at-will state,” said Rep. Andy Holt, R-Dresden. “Are we going to create a special class of people with this? Are we not saying that individuals who are permit holders are a special class that they can’t be fired for this reason? I think this bill may be going just a step too far for me.”

At least 23 states have passed so-called “Bring Your Gun to Work” laws in the past decade, with the Volunteer State now taking its third stab at legislation to reform the practice in that state in as many years.

The bill now heads to the desk of Republican Gov. Bill Haslam for consideration.