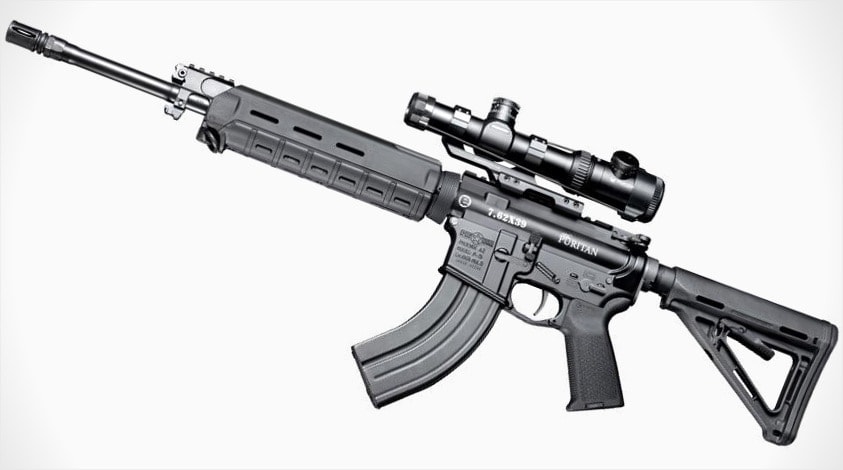 The Patriot Ordnance Factory is officially announcing the new 7.62x39mm Puritan Rifle, a piston-driven AR-15 for the popular .30-caliber cartridge.

What makes the 7.62x39mm Puritan stand out is POF’s accuracy claims. The company guarantees a 1-inch groups at 100 yards or less with good ammo. Not only does the new 7.62x39mm Puritan have a 1-MOA guarantee with premium ammo, it will keep up with the cheap stuff, too.

Loaded with Hornady SST ammo, the POF team was able to shoot 0.8-MOA groups with the new 7.62x39mm Puritan Rifle, but what’s really cool is that they were shooting 1.1-MOA groups with bulk Wolf ammo. Those kinds of groups would impress even with surplus 5.56 NATO ammunition.

Of course the AR design in general lends itself towards accuracy, at least with the right components, one of the things that makes the 7.62x39mm Puritan capable of shooting these tight groups is a competition 4.5-pound single-stage trigger, along with the nitride-finished barrel. 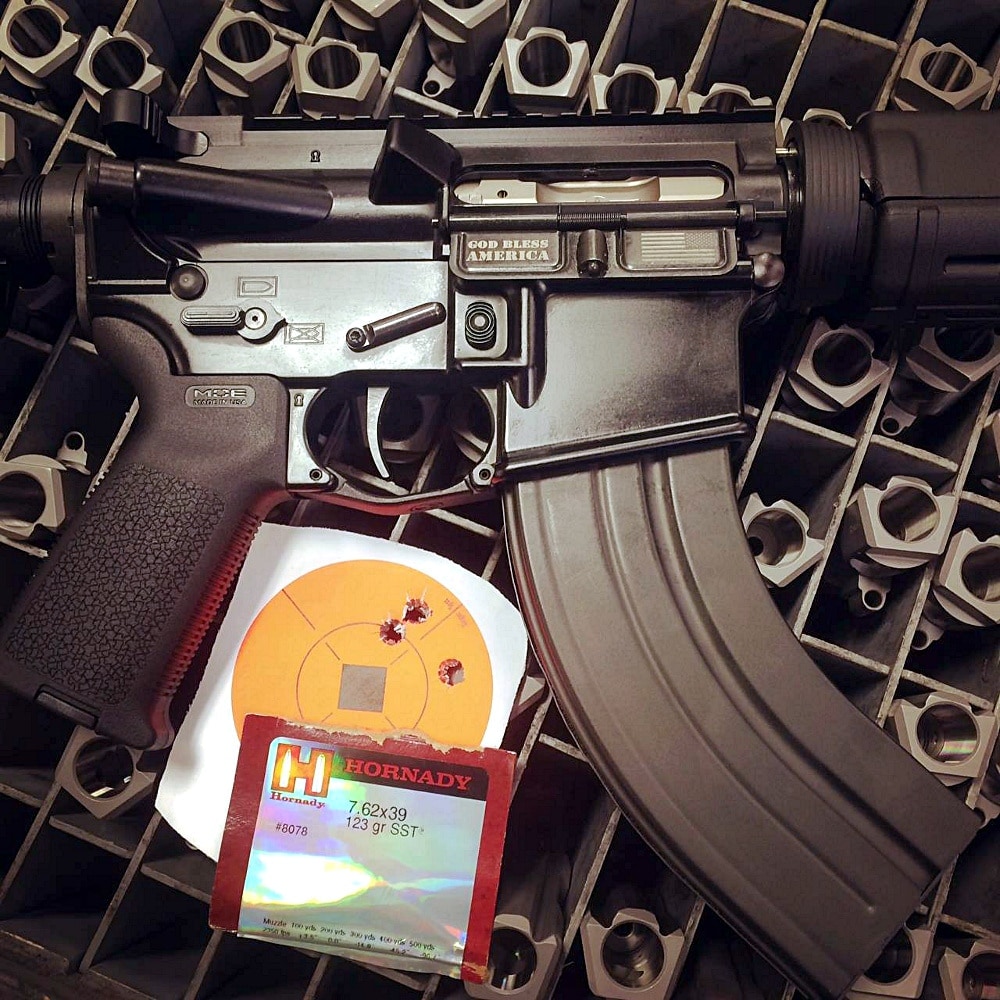 And because the POF Puritan uses a short-stroke gas piston system, it will have no problems shooting cheap, dirty ammo all day. Additionally, the bolt carrier group has an NP3 coating for enhanced lubricity and ease of cleaning, and like the 5.56 models, features a E2 chamber for improved extraction.

POF chambers are lightly fluted, which lets a small amount of gas from the burning powder to unseal the case after expanding. The short flutes stop before the case shoulder, letting in just enough gas to loosen cases without fouling the chamber, sparing wear on the extractor and improving reliability in general.

All the other POF features are included with the 7.62x39mm Puritan, including a roller cam pin, 3-position adjustable gas block and anti-tilt buffer tube. They come equipped with curved 30-round magazines, Magpul MOE furniture and an A2-style birdcage flash hider. Optics are sold separately, leaving the option up to the user.

POF hasn’t listed the new 7.62x39mm Puritan online yet or announced the price. But the Puritan series is POF’s entry-level range of rifles with and the MSRP is set at $1,395, which is competitive with some of the higher-end AKs that don’t have nearly as many features or the great ergonomics of the AR design. Real-world prices tend to be less and stand-alone POF uppers sell for around $1,000.

Whether you’re looking for an accurate rifle to shoot volumes of inexpensive ammo or prefer 7.62x39mm for its flexibility as an all-purpose cartridge with great hunting loads you may want to consider the new 7.62x39mm Puritan by POF.