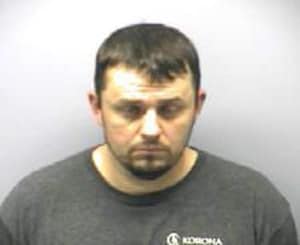 A former contract employee at the Radford Army Ammunition Plant has been charged for sexually assaulting three co-workers in Roanoke, Virginia, the Justice Department said Tuesday in a press release.

The indictment alleges Linkous “abducted and forcibly restrained” his victims in an effort to sexually assault them at the ammunition plant between the years 2010 and 2014.

In July 2014, he allegedly grabbed and penetrated his victim’s genitals, something he is accused of attempting earlier that year and in 2013.

In June 2014, he allegedly attacked a second victim in, something he also attempted in the months prior.

Between August 2010 and December 2011, he allegedly attacked a third victim after an attempt.

If convicted, Linkous faces a maximum possible penalty of life in prison.