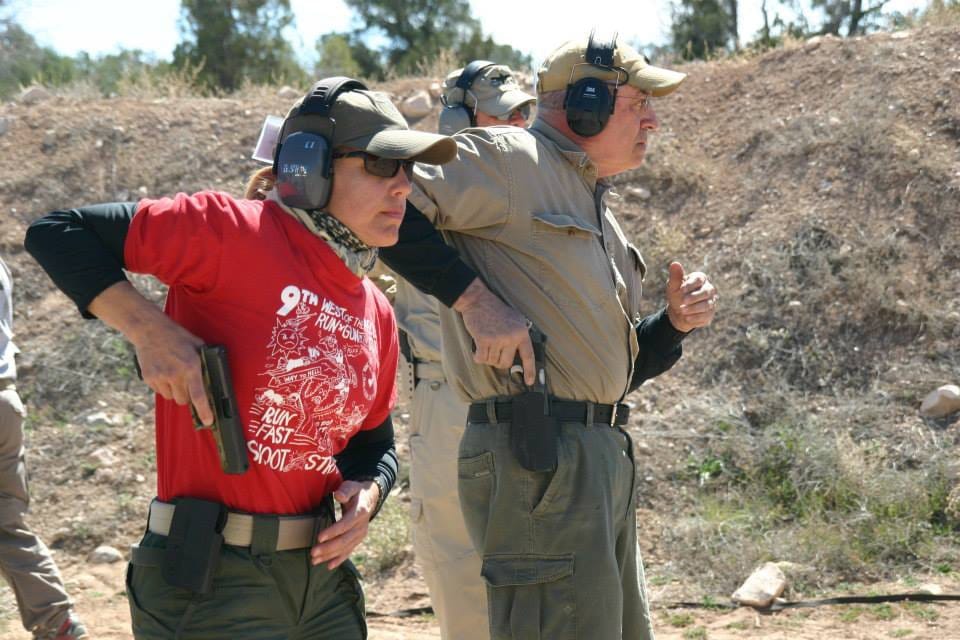 Gunsite Academy — the name itself is equated with world-class firearms training. U.S. Marine veteran Col. Jeff Cooper founded the facility in 1976, and it remains as the physical manifestation of his unprecedented influence in the realm of firearms skills, products and safety.

This summary is based on having spent 10 days in pistol training — Pistol 250 and 350 — at Gunsite’s Paulden, Arizona, center, where Cooper’s legacy is very much alive.

1. Safety – Cooper’s “Four Rules of Firearm Safety” are posted everywhere — including strategically in restrooms. Instructors are vigilant and immediately intervene to correct and prevent errors. Carrying hot or not off-range is student choice, with condition check opportunities provided at appropriate times.

2. Promptness –Be early or be left behind, classes begin at the moment scheduled. With larger-than-life personalities like Ed Stock and Walt Wilkinson as range masters, there were no wasted, let alone boring, moments!

3. Gunfighter philosophy – Cooper was an accomplished competitor, but instruction adheres to skills that serve survival.  A perk: my competition performance improved anyway.

4. Simulator instruction – Though the house-clearing exercise is considered part of the final exam, instruction before the exercises was difficult to take in as students crammed together, craning to hear and see. However, we did train on the house simulators several times in both 250 and 350, thereby allowing for corrections in performance.

5. Force-on-force with Simunition leaves much to be desired – The lone scenario in Pistol 350 lacks the depth of exposure and practice of skills needed in a deadly force encounter. A minimum of two to three scenarios would allow students to understand force dynamics better and leave this segment of training on a positive learning curve.

According to Gunsite’s website, more force-on-force is offered in Pistol 499, but the dearth of exposure until that level is, in this writer’s estimation, a disservice to students who have no similar military or law enforcement experience.

6. Adherence to weaver stance – Weaver works, but so does isosceles or a combination of the two. On exercises demanding speed, all but the staunchest Weaver-ists were seen to revert to isosceles. Cooper was right to copy and promulgate Jack Weaver’s method, an improvement in its era. The nearly-scientific support for this argument is embedded in this video with Jerry Miculek: I cannot help but think the Colonel would have made this same transition, aficionado of progress that he was.

At $1,595 to enroll in the five-day Pistol 250, the per-day price is on par with most other schools or well-known trainers. The chance to explore some of Arizona’s stunning scenery on the way to or from Gunsite, however, puts the price in the “worth it” category for this shooter.