The XM42 is the world’s first commercial flamethrower. Or rather, it will be. Overnight the XM42 received the crowdfunding it needed to go from concept to production and has been completely funded and then some.

Developed by the Ion Production Team, the XM42 flamethrower is a fresh design built from the ground up for flame-throwing. An original design, the XM42 isn’t a bunch of parts from the hardware store that have been re-purposed. Your average backyard project flamethrowers have drawbacks, not being built using components intended for mixing with fire, and can have limited lifespans — or worse, pose a danger to the user and their surroundings.

The XM42 won’t have those drawbacks. It will be be a modern flamethrower with safety and functionality primary concerns along with longevity and portability in mind. 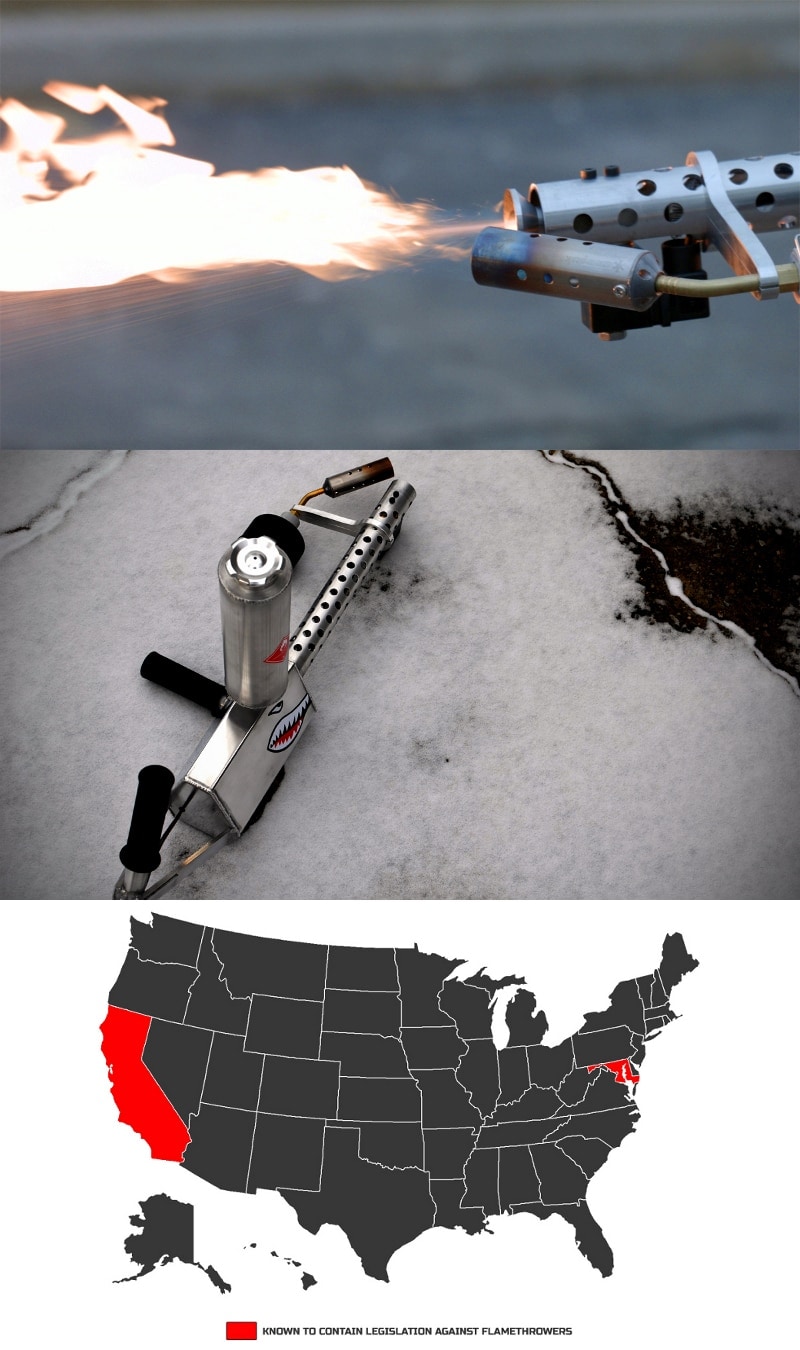 The XM42 will be the world’s first commercial flamethrower. (Photo: Ion)

While the team has listed a handful of acceptable reasons to own a flamethrower, including clearing ice, snow and brush, the real reason for the XM42 is good, clean fun. Well, sterilizing hot fun. Without a doubt the XM42 will be featured at gun shows, meet-ups, machine gun shoots and, on a long enough timeline, probably movies and TV, too.

With its stainless steel and brushed aluminum construction, the XM42’s looks alone have made it a swift seller. The crowdfunding campaign started on March 24 and has already exceeded it’s goal of raising $40,000. People interested in picking up one of the flamethrowers from the first run have about a month left in the campaign to order one.

Ion is offering three models of XM42, a plain metal version for $699, a polished metal model for $799 or with a powdercoat finish for $799. Powdercoat colors include matte black, gloss black, green, blue, orange and white. These are introductory prices and future models will likely list for more.

At these prices they’re relatively affordable, and they’re a steal compared to flashy range toys that won’t provide a fraction of the fun that a bonafide flamethrower will.

For people without the cash on hand to pre-order an XM42 Ion is also offering a $100 voucher that will guarantee pre-order pricing on production flamethrowers. The voucher comes with a slick XM42 T-shirt, which is also offered separately for $25.

Ion has detailed the production schedule with shipping expected to begin in September later this year. The XM42 design hasn’t been finalized and will undergo a little more tweaking with the extra cash on hand while supplying and machining agreements get locked in place.

In that time the devs are going to look at ways to extend the throw distance, currently, depending on the load and fuel, it’s 20 to 25 feet, improve efficiency and sort out any unforeseen weaknesses in the design. They’re also going to look into alternate fuel mixes to find out what’s best for effect and for show.

With the funds locked in, if you’ve ever wanted a flamethrower now’s your chance. Sure, they’ll sell these after the campaign’s done, but not at these prices.