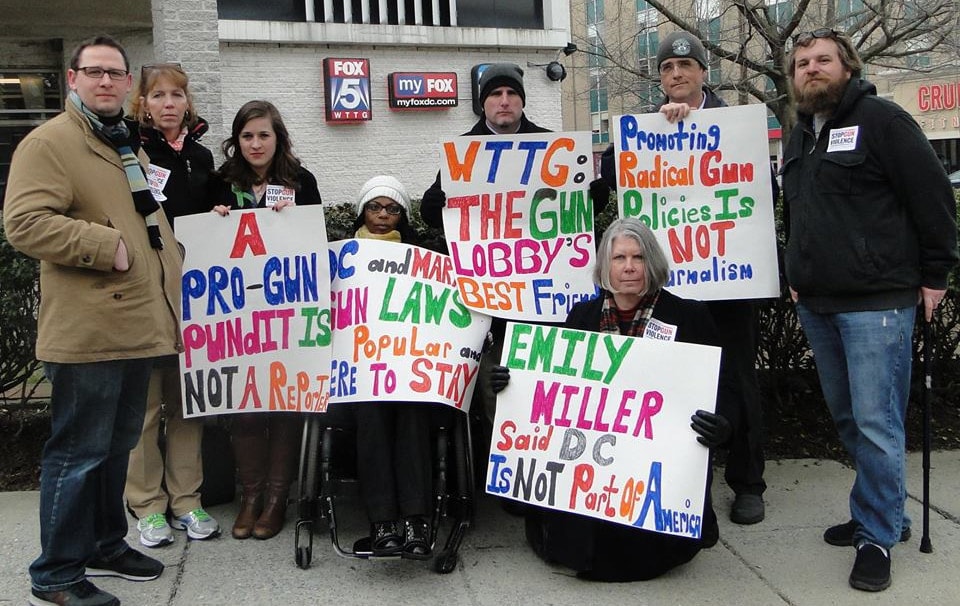 The Coalition to Stop Gun Violence outside WTTG to deliver their petitions to get Emily Miller fired. (Photo: CSGV/Facebook)

For the better part of two months, the Coalition to Stop Gun Violence has led an effort to get Emily Miller fired from her job as chief investigative correspondent for the Washington, D.C. area Fox affiliate because of her pro-gun stance. The group raises the question that if she advocates for a topic that she covers, how does she remain fair and objective?

CSGV delivered a petition Tuesday with more than 6,300 signatures to WTTG Fox 5 calling for the station’s general manager to fire Miller.

Ladd Everitt, communications director for CSGV, described the event to Guns.com in an email: “The general manager wouldn’t come down to talk to us and accept the petition. We left it with their guy at the front and he assured us it would be delivered.”

“We got a very positive reaction from locals and one woman even stopped, took a photo of us, and said something about working with Emily at ABC and how her friends there would love the picture,” he added. 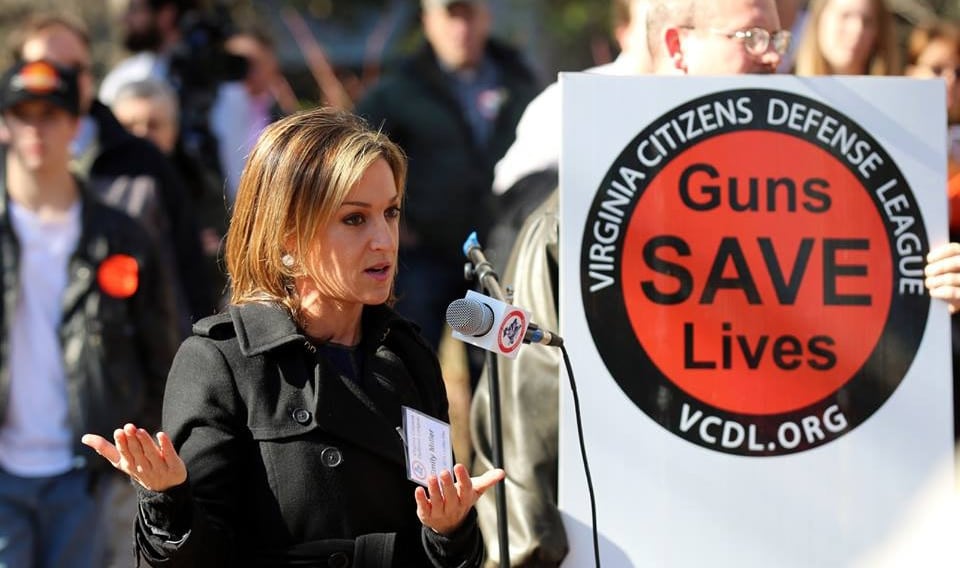 At the events she said she isn’t “pro-gun” nor is she a “gun nut,” but rather “pro-Second Amendment” because “a gun is a tool but this fight — this fight is for freedom.”

Miller became a de facto member of the pro-gun movement in 2011 when she penned an award-winning series for The Washington Times about the arduous process of buying a gun in D.C., which she was inspired to do after feeling victimized by a break-in at a house she was watching. She later turned the series into a political book Emily Gets Her Gun … But Obama Wants to Take Yours and has since regularly acted as a voice for information on guns for panel discussions, cable news shows and other public events.

She joined WTTG, which acknowledges that she’s a Second Amendment “proponent,” early last year after success with her book.

“By the standards of her profession, Emily Miller has no business calling herself a journalist.” Everitt said in press materials. “Miller’s crusade against D.C.’s popular, democratically enacted gun laws has been a professional one since the beginning. At this point, the city’s residents can have no reasonable expectation that she will provide objective, impartial coverage on matters of concern to them. If Miller wishes to behave like a pundit and activist, then WTTG should replace her with a real journalist.”

Guns.com reached out to Miller for comment, but she referred us to her station’s public relations department, which has not responded to the request.