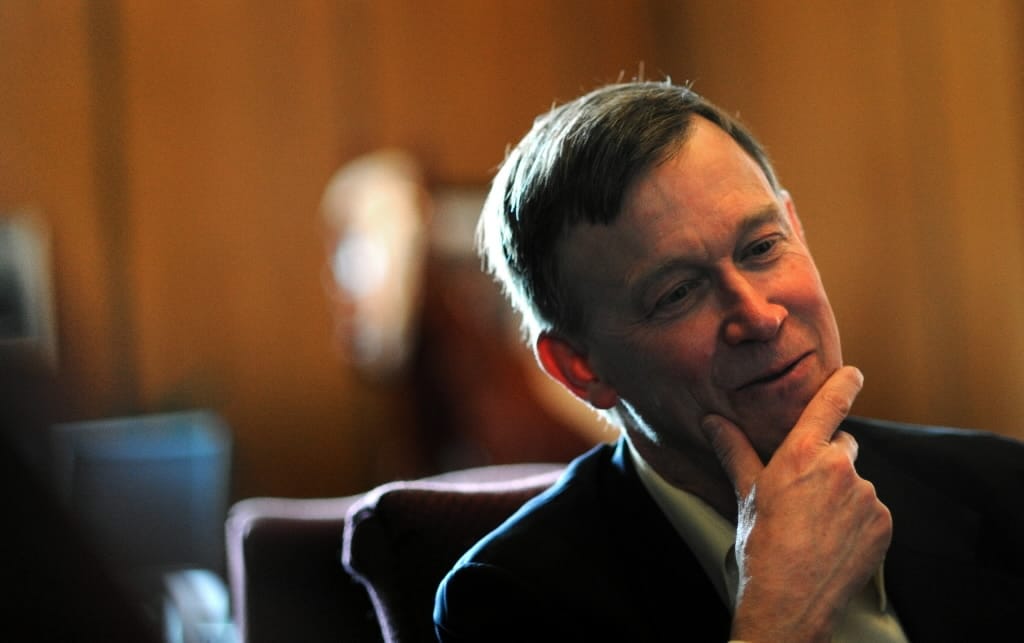 If a measure to repeal the state’s expanded background check mandate passed by the Colorado Senate this week picks up a couple Dems in the House, it may soon be on John Hickenlooper’s desk. (Photo: Denver Post)

The measure met with a partisan 18-17 vote this week and is now headed to the state House where Democrats hold a 34-31 majority.

Republican state Sen. John Cooke noted that the law, rushed through the legislature in the months after the 2012 Sandy Hook Shooting in Newtown Connecticut, has garnered few convictions for prohibited individuals looking to buy guns. According to information presented with the bill, authorities out of 13,620 checks investigated just 14 cases for private transfers, leading to a trio of convictions.

In pushing the new background check law two years ago, proponents of the measure cited that as much as 40 percent of firearms transfers and sales occurred outside of dealers and proceeded without background checks. As it turns out after the first full year of checks by the Colorado Bureau of Investigation, private transactions only made up 7 percent of all gun sales tracked in the state.

Armed with this information senate Republicans were able to garner enough support to pass SB 86 through their chamber this week. The simple act strikes the expanded background check language covering private sales from the state’s laws.

Senate Dems were strongly against the measure.

“We shouldn’t be in the business of making it easier for felons to have firearms,” said Sen. Jessie Ulibarri, D-Westminster. “It’s a basic public safety interest.”

Gun rights groups are stumping for the bill as it heads to the House.

Wednesday the National Rifle Association issued an alert for Colorado voters to contact their state reps, saying that, “SB 86 would repeal the 2013 legislation which criminalizes commonplace activities such as loaning a rifle to a friend on a hunting trip, allowing a friend to try out your firearm at a shooting range or selling your firearm to a friend or neighbor.”

Although doing the basic party math in the lower chamber of the state legislature would appear to make the background check repeal dead in the water, on closer examination the bill, and another one to repeal the arbitrary limit on magazine capacity only need to retain the GOP lawmakers and pick up just two Democrats to pass. With this some on the other side of the aisle in the House feel its only a matter of time before the state’s 2013 gun laws are history.

“I think eventually they will be overturned, who knows when, but I think eventually,” Rep. Ed Vigil, one of two Democratic votes in the House needed to send repeal bills to the governor’s desk told the Colorado Springs Gazette this week. “I don’t think they will be a permanent fixture in Colorado for 100 years.”

Should the measure pass the House with a sprinkling of bipartisan support, it would go on to face Gov. John Hickenlooper (D) for final consideration.