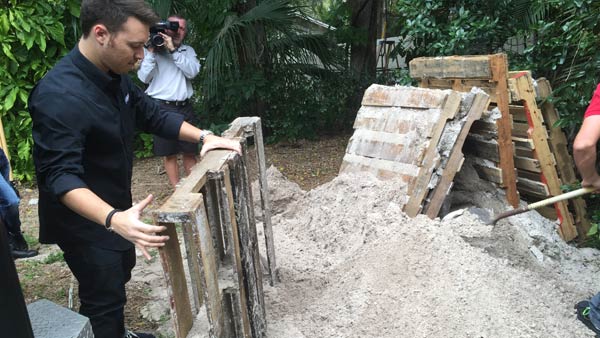 A measure that would have curtailed personal shooting ranges and expanded control over Second Amendment rights to local governments was killed in the Florida House this week.

The legislation sought to place a number of restrictions on how makeshift ranges are set up came as a response to a series of high-profile events in the Sunshine State over the past year. The bill was killed by a 5 to 8 vote of the House Criminal Justice Committee Tuesday.

“We voted it down because the problems that bill is trying to address can be handled under current law,” said Rep. Scott Plakon, R-Longwood, as reported by WTSP.

The legislation, House Bill 623, as introduced would make it a crime to discharge a firearm on any property used primarily as the site of a dwelling or zoned exclusively for residential use. As such, private shooting and hunting clubs would remain exempt as long as they are not in residential areas, as would camps. It would also not apply to a person lawfully defending life or property.

However, the measure, introduced by House Democrats, was expanded to deem any property with a structure such as a hunting camp, pole barn, target shed or even a range itself, as, “developed real property.” Further, it could have been interpreted through the bill’s language to make it a crime to shoot on a gun club range and other private range in remote areas built before 2012 because they do not specifically meet the standard outlined in the revised legislation.

The proposal came after two high profile backyard ranges – the first in Big Pine Key set up by Doug Varrieur, and a second in St. Petersburg built by Joey Carannante– in the past year gained national media attention and a public outcry from neighbors.

The bill’s sponsor, Rep. Darryl Rouson, D-St. Petersburg, said he was only trying “to curtail the use of a gun range, which the law currently allows, in urban and residential settings.”

State gun rights advocates argue that the additional modification to current law was the wrong solution to a problem and was instead an end-run around the state’s preemption laws cloaked as a safety bill.

“Local government officials, who are still angry that they can be punished for violating state law, were behind this move to ban the discharge of firearms on private property regardless of the size or location of the property,” Marion Hammer, president of the Unified Sportsmen of Florida and past president of the National Rifle Association, told Guns.com.

“This was a very bad bill with a devious agenda, it deserved to be killed,” she said.