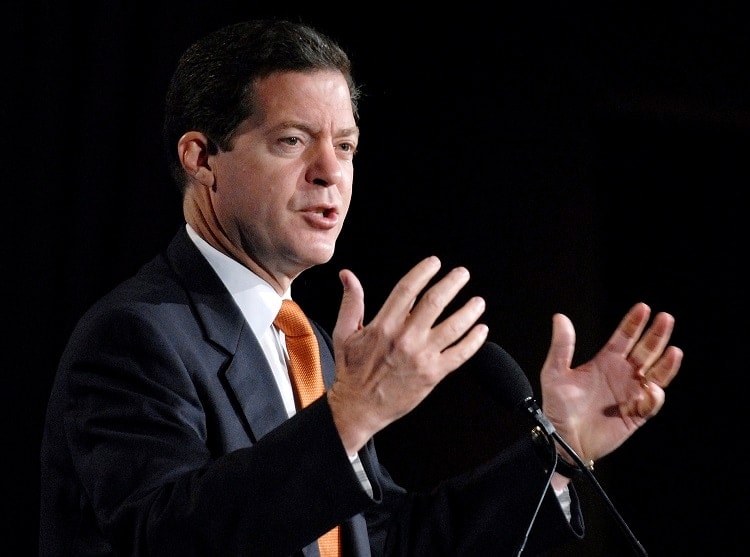 Gov. Sam Brownback (R) now has the decision to make Kansas a constitutional carry state in his hands. (Photo: AP)

Following a 85-39 vote Wednesday, the Kansas House gave its stamp of approval to a measure that would allow concealed carry of handguns in the state without a permit.

Introduced to the state Senate in January with an impressive 26 co-sponsors, the bill passed that body with ease last month before heading to the legislature’s lower chamber.

It would allow those legally able to possess a handgun the ability to carry it concealed without first having to jump through the hoops of obtaining a permit, while maintaining the current licensing scheme for those wishing to get a permit for out of state travel purposes.

“Kansans already have two documents granting them the right to concealed carry — the Constitution of the United States and the Kansas Constitution,” said Rep. Travis Couture-Lovelady, R-Palco, one of the measure’s backers in the Republican-controlled House. “That should be all they need.”

The bill, SB 45, would allow any adult otherwise able to possess a handgun under state and federal laws to carry that gun concealed as a matter of course without a permit.

This permitless carry move, commonly called constitutional carry, would elevate the state to the same club started by Vermont and joined by Arizona, Alaska, Arkansas and Wyoming in the past generation.

Since 2006, when the Kansas Legislature passed the Personal and Family Protection Act, an estimated 90,000 residents have applied for a concealed carry handgun license in the state. Some 36 states recognize Kansas permits while the state in turn recognizes all out-of-state permits from non-residents. The legislation in its current format would retain this current permit system to allow for Kansas residents who wish to travel out of state while carrying concealed.

Democrats in both chambers, who primarily objected to the repeal of the training mandate for those who would legally carry a concealed weapon, opposed the legislation. As an alternative to the bill as written, House Dems attempted to add amendments to drop the cost of permits and mandate that those who carry — even without a state-issued license — attend training classes.

Kansas is not the first state to come out strong for constitutional carry this legislative session.

States ranging from Maine to Montana have introduced legislation to allow the practice in recent weeks while West Virginia saw Republican lawmakers ship a constitutional carry bill to Gov. Earl Ray Tomblin, a Democrat, who promptly vetoed it.

The Kansan measure is now in the hands of Republican Gov. Sam Brownback, who is noted for giving his signature to far-reaching gun rights measures during his term in office.