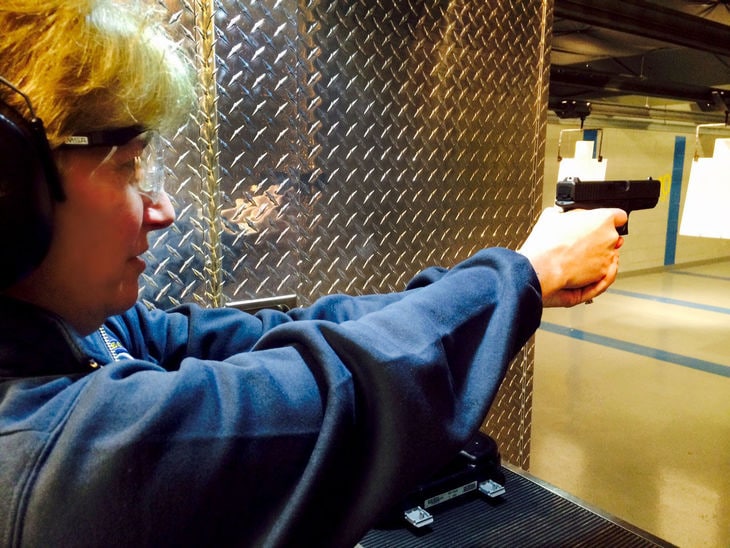 Deborah Buzby-Cope may be the mayor of a small community in central New Jersey, but she has big ideas on bringing gun safety instruction to schools across the state.

The mayor of Bass River Township, pop. 1,500, is a gun owner and regular shooter. Further, she is an advocate for mandating firearms industry-backed programs for gun safety to the youth of her area.

“We talk about drugs, alcohol, sex, texting, bullying in schools — and these are all the issues — but it’s kind of like gun safety got pushed off to the side, and we’re not talking about it with kids like we used to,” Buzby-Cope told the Press of Atlantic City.

She has been passing out safety materials provided by the National Shooting Sports Foundation to help provide brief training to area students in the best practices to follow should they find or encounter a firearm. This, is coupled with programs for free gunlocks to gun owners who need them.

However, it’s not just Bass River Township that could benefit.

As president of the New Jersey Conference of Mayors, she has been bringing other area leaders to local shooting ranges and hoped to introduce legislation to the upcoming Conference meeting that could replicate her town’s efforts across the state.

“I hope to get legislation passed that would require gun safety be taught at the elementary schools, probably through the health class. It could save a life,” Buzby-Cope said.

Moreover, she has earned the support of the firearms industry in helping to get the word out.

“Mayor Buzby-Cope deserves great credit for her active involvement in promoting real gun safety in her community,” Michael Bazinet, NSSF director of public affairs told Guns.com. “The National Shooting Sports Foundation is always pleased to partner with and to support such public officials, who see the real contribution that Project ChildSafe makes to keeping firearms out of the hands of children and others who should not have access to them.”

New Jersey Conference of Mayors meeting is set for April 22 at Borgata Hotel in Atlantic City.