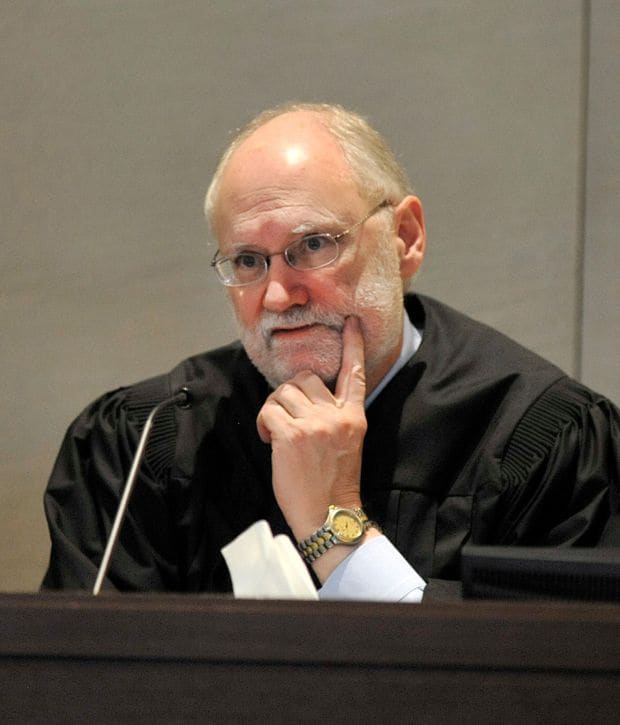 Two important victories for gun rights last year, that stand to torpedo California’s may-issue concealed handgun permit scheme, have been ordered reviewed by the federal appeals court that granted them.

The cases, Peruta v. San Diego and Richards v. Yolo County, were historic reversals of lower court rulings issued by the U.S. 9th Circuit Court of Appeals last year which found that, in both cases, California sheriffs used unconstitutional polices to limit the right to carry under the Second Amendment.

Since the rulings, the cases have been widely cited and have been the impetus to roll back overly strict may-issue permitting practices in a number of areas outside of California.

However the critical victories are set aside and will be reviewed in a fresh hearing by a larger panel of the same court.

On Thursday, Chief U.S. Circuit Judge Sidney Runyan Thomas issued orders in both the Peruta and Richards cases citing that in each a majority of non-recused active judges from the Circuit voted to rehear the cases in front of an 11-judge panel formed for an en banc review. Further, the court instructed the circuit that the Peruta ruling and Richards memorandum shall not be cited until after the review is complete.

Thomas, who is the en banc coordinator, was the sole dissenter in the three-judge panel that decided Peruta last year. The panel consisted of two Republican appointees and one Democrat– Thomas, who was a 1995 appointment of President Bill Clinton.

“The Second Amendment does require that the states permit some form of carry for self-defense outside the home,” the two-judge majority panel in Peruta wrote. “States may not destroy the right to bear arms in public under the guise of regulating it.”

Thomas went against the two other judges in the case and noted that the majority decision to remand and reverse the earlier court’s decision on Peruta’s case, “not only strikes down San Diego County’s concealed carry policy, but upends the entire California firearm regulatory scheme.”

Weeks later, the Ninth Circuit built upon Peruta with mirror-image decisions in Richards, which saw Thomas jump ship and side with the other two judges.

Headquartered in San Francisco, the Ninth is the largest of the thirteen U.S. courts of appeals, with 29 active judgeships. Due to its size, it is the only appeals court that conducts en banc rehearings with an 11-judge panel, the rest requiring the full roster. The current makeup of the court counts nine appointments made by Republican presidents and 20 by Democrats.

Gun control advocates who, along with California Attorney General Kamala Harris, have been chomping at the bit to be included in the suits were overjoyed at the temporary hold placed by the court Thursday.

“Californians are safer now that the Court has vacated this erroneous decision and reinstated reasonable regulations to protect families from loaded, hidden guns in restaurants, parks, streets, and other public places,” said Jonathan Lowy, director of the Legal Action Project at the Brady Center to Prevent Gun Violence in an email to Guns.com. “The Second Amendment does not force the people of California to adopt the corporate gun lobby’s ‘guns everywhere’ vision. The Brady Center looks forward to continuing to fight in Court to defend California’s strong, sensible, and effective gun laws.”

The Peruta and Richards decisions opened an early floodgate for a change in how county sheriffs in the state began processing concealed carry applications.

First Orange County, then Ventura began to accept permit applications using “self-defense” to satisfy “good cause” for a permit just days after the initial ruling. Even in counties whose sheriffs have been notoriously anti-CCW, such as in San Joaquin County, local chief law enforcement officers began a move towards being more user-friendly towards those applying for permits.

Not limited to the Golden State, the rulings against may-issue were cited in Ninth Circuit opinions in Hawaii, District Court cases in the Marianas Islands, and as a stick to entice lawmakers in Guam to change their polices on gun permits. Outside of the Pacific, Peruta has been cited in numerous arguments over gun rights in the past year.

The West Coast-based law firm of Chuck Michel and Associates, with the backing of the National Rifle Association and the California Rifle and Pistol Association, helmed Peruta. Michel has often mentioned that he welcomed en banc and even Supreme Court intervention in the case to clarify the confusion over how various lower courts perceive the issue of guns outside the home and was expecting the news from the Ninth Court.

“This was anticipated,” Michel told Guns.com Thursday. “We are prepared to address the en banc court, and appeal to the Supreme Court if necessary. It is high time for the Supreme Court, whether through this case or another vehicle, to make it clear that it meant what it said in the Heller and McDonald cases.”

The Richards case, represented by attorneys Don Kilmer and Alan Gura, the latter famous for his work on the 2008 Heller case, was backed by the Calguns Foundation and the Second Amendment Foundation, who likewise saw the writing on the wall.

“We expected the Ninth Circuit to decide to hear our Richards case en banc,” Alan Gottlieb, founder of the Second Amendment Foundation told Guns.com. “I truly believe that this case will be finally ruled on by the Supreme Court.”

It is expected that oral arguments in both cases will be set for this summer.