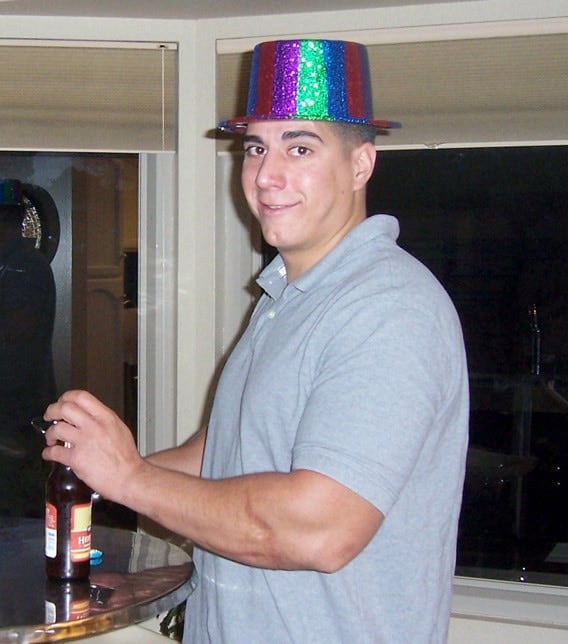 The woman said her once gentle and loving son reached into the wounds in her throat and grabbed her esophagus as he told her he was going to kill her. (Photo: Arizona Family)

A gory scene in the middle of the street of a Phoenix neighborhood Sunday night came to an end when an armed resident fatally shot a 29-year-old man who was repeatedly stabbing his own mother during what she described was a drug-induced rampage.

Victoria Mendez said she was driving home from work around 10:30 p.m. when she noticed her son, Hakeem Shawky, standing at an intersection near her home. Mendez admitted that it had been about three months since she had last seen her son, whose life had been overtaken by drug addiction.

“I rolled my passenger window down and I said, ‘Hey Hakeem, what’s up? How are you doing?'” Mendez said following the incident. “And he popped his head into my window and he says, ‘I just want to give you a kiss, mama.'”

Mendez said she leaned towards her son, and as he got into her car, he began to stab her repeatedly with a box cutter and told her that he was going to kill her. The woman began to scream for help as she fell out of her car.

A neighbor heard her cries and came out to help, but Shawky continued to stab his mother. A second neighbor then realized what was happening and grabbed a handgun before confronting Shawky. The neighbor, whose name has not been released, warned Shawky that he would shoot him if he did not stop stabbing his mother, but Shawky didn’t heed the warning and continued attacking Mendez.

The armed neighbor then shot Shawky a single time, but according to Mendez, he was so high that the first shot didn’t even faze him. The neighbor fired a second time and at that point Shawky dropped to the ground and stopped stabbing his mother.

Several other neighbors ran to help the woman, who was covered in stab wounds. When paramedics arrived, Mendez was rushed to the hospital where she was originally said to be in critical condition but is now expected to recover.

Shawky was pronounced dead at the scene.

And although Mendez is now mourning the loss of her son, she believes the neighbor did the right thing and is thankful that he likely saved her life. Mendez wants the man to know that there was nothing else he could have done.

Mendez said her son was once a gentle and loving boy, but the drug addiction, which he had struggled with for more than 15 years, had changed him into a different person.

“That thing wasn’t him,” she said. “I don’t think parents understand what they’re dealing with. It’s a very, very dangerous business. Crystal meth is stealing our kids and turning them into murderers.”