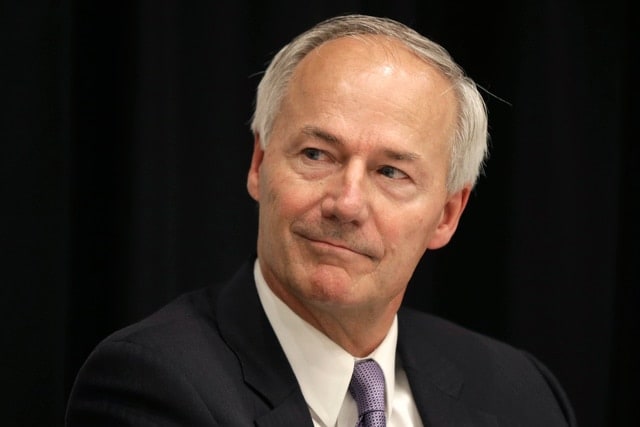 Legislation that would reform the process for obtaining National Firearms Act items as well as repealing some gun free zones for those with concealed carry permits is heading to Gov. Hutchinson.

The bills, all of which began in the state House, passed the Senate this week by large margins with two proposals expanding concealed carry rights only receiving a single opposing vote each and the NFA reform measure passing unanimously.

The expansion of concealed carry rights submitted would allow those with permits to bring their firearms into the parking lots of most public buildings to include stadiums and the Capitol as well as give private K-12 schools the ability to allow guns on their campuses if they choose.

“I’ve got a concealed carry permit, I’ve got five children — every time I go to a ball game I’m not allowed to take my weapon,” Republican Rep. Michelle Gray, sponsor of one of the bills, explained earlier this month. “Essentially, my Second Amendment rights are stripped because it would be unlawful for me to have that weapon in my vehicle.”

Gray’s legislation, HB 1505, will strike the prohibition currently in Arkansas against allowing otherwise lawful concealed carry on a public school, college, community college, or university campus to include stadiums and sporting facilities.

Instead, it would be replaced with language that would allow permit holders to secure their handgun in their vehicle. The “guns in trunks” bill would also similarly allow permit holders to have their handguns on just about every other publicly owned parking lot to include the one at the state Capitol. The only exceptions would be for lots maintained at jails and prisons.

A second proposal headed to the governor to expand concealed carry rights, HB 1372, would allow private schools in the state to determine their own policy on allowing guns on their campuses. Currently there is a blanket prohibition in Arkansas law that prohibits concealed carry on private school grounds. The new measure, should it be signed into law, would let each institution decide their own policy.

Although all the measures passed by what could be considered overwhelming margins, at least one House Democrat did not agree with the expansion of concealed carry rights in the Natural State.

“I don’t hear a lot of businesses or campuses or school houses saying, ‘please please pass gun legislation that says bring it into our bars, bring it into our courts or into our schools,'” said House Minority Leader Rep. Eddie Armstrong, D-North Little Rock.

A third measure sent to the Arkansas governor’s desk would mandate that area law enforcement heads sign off on required federal paperwork needed to obtain Title II firearms such as suppressors, full-auto weapons, and short barreled rifles and shotguns.

As required by the Bureau of Alcohol, Tobacco, Firearms, and Explosives, in order to legally own an NFA item, a local chief law enforcement officer must sign an individual’s application before completing the transfer. In Arkansas, as in most states, the CLEO can technically approve or deny for arbitrary reasons, as it’s up to his or her own discretion. Under the proposed legislation, these sheriffs and police chiefs would be required to sign off on applications within 15 days of receipt of a request for certification as long as the individual can legally possess the item.

The bill, HB 1488, sponsored by Republican Rep. Tim Lemons, did not receive a single opposing vote in either chamber of the legislature and went from filing to the governor in just 26 days.

The news from Arkansas has NFA reform advocates thrilled.

“Since the announcement of 41P, shall-sign legislation has quickly become one of the most important issues for the NFA community,” Knox Williams, president of the American Suppressor Association, told Guns.com. “The widespread success of shall sign in states across the country sends a clear message to ATF that their politically motivated attempt to create de facto bans of NFA items in many jurisdictions will not be successful. We applaud Arkansas for becoming the third state to pass shall sign legislation this year, and look forward to many more victories ahead.”

All three bills are now headed to Gov. Asa Hutchinson (R), who was formerly the head of the National Rifle Association’s “National School Shield Initiative” Task Force formed after the Sandy Hook shootings, and is not expected to oppose the reforms.